Independent Artist of the Week: No Sister 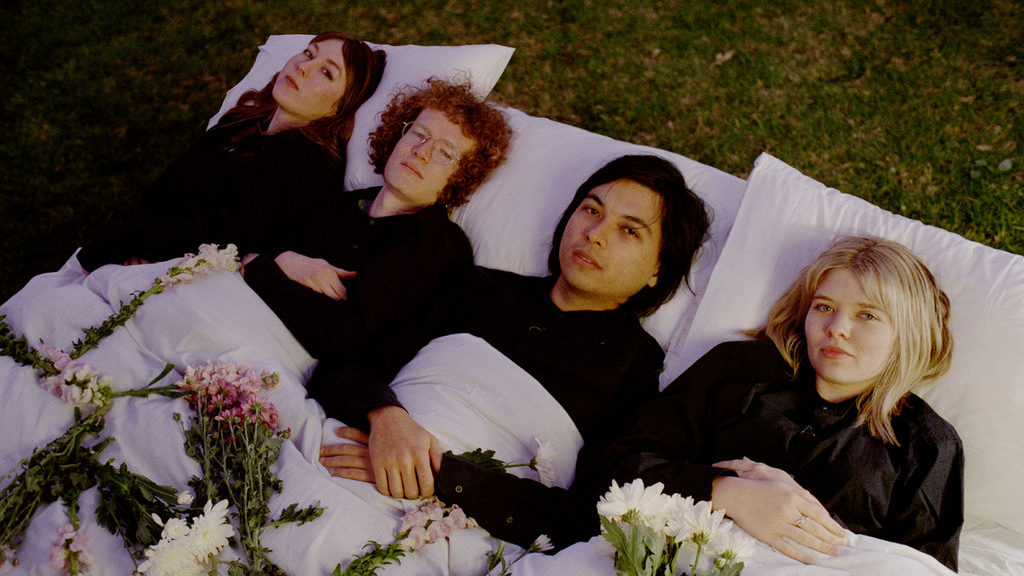 Fixtures of the Melbourne post-punk circuit, No Sister are back with ‘My New Career’ – a disorienting single forestalling the August release of their ‘Influence’ EP.

This EP will be the first collection they’ve released since their second full-length, 2017’s The Second Floor. ‘My New Career’ follows the noisy vein of experimentation that founding members Mino Peric and Tiarney Miekus have mined through two albums and countless live shows. Here though, they’ve rounded off the angular 8th-note intensity that marked much of their earlier output in favour of space and syncopation.

Drummer Murray Coggan loosens up his white-knuckle grip to let the drums breathe, and the sonic anarchy comes not from a wall-of-sound, but from the dollar-shop windchime atonality Peric and Miekus are somehow getting out of their guitars. The chiming randomness is eventually anchored by the coalescing of the rhythm section – Coggan and Gemma Helms (bass) turning the dial from low-key chaotic to unified chug as the song moves towards its crescendo. All the while, Tiarney Miekus’s cryptic couplets are delivered sporadically and with cold indifference – in this respect it’s classic post-punk.

After listening to ‘My New Career’ and watching its self-directed vid, it’s clear that No Sister is a band who know themselves. Their intent and their command over their craft is obvious and it’s magnetic. Hopefully the development hinted at by this new single expresses itself through the rest of the new EP, cos we are into it.