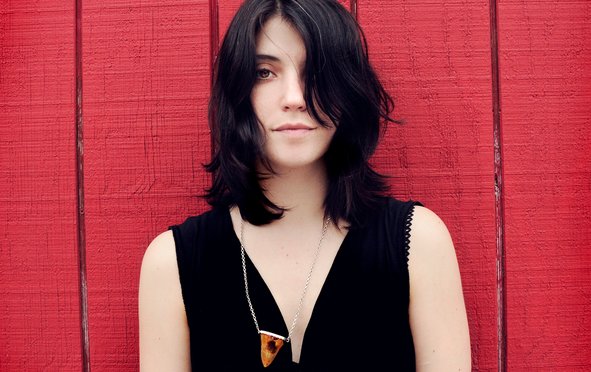 We were all pretty stoked when Sharon Van Etten was announced as part of the upcoming Sydney Festival program, none more so however than our very own Lee Tran Lam. Ever the fan of the Brooklyn singer-songwriter, Lee Tran made sure to purchase tickets to ALL THREE of her shows. Read on as Local Fidelity‘s Lee Tran Lam takes you by the hand and guides you through a  Sharon Van Etten Crash Course. Observe:

I got schooled on Sharon Van Etten thanks to that great music know-all, Adam Lewis from Radiant. My “gateway song” was Consolation Prize from 2008. Here she was, doing the simplest things with just her voice, a guitar and uncontainable levels of heartbreak. Paying attention and staying fixated was the very least you could do.

If you want to pass Sharon Van Etten For Beginners, this Radio K guest spot from 2010 is a good way to score marks. In the interview, she talks about destroying her parents’ ping pong table by making DIY CDs and how she stopped playing music because her (idiot) boyfriend told her she wasn’t very good. She stayed with him for six years. “But then I left and I didn’t feel as crazy.” In this set, you can also hear the earliest version of ‘Give Out’, which landed on her 2012 album Tramp. There is no major brainwork needed to work out the dude she’s referring to when she sings, “You’re the reason why I’ll move to the city or why I’ll need to leave.”

There’s also a great AV Club interview with an even greater title Sharon Van Etten’s Crazy Ex-boyfriend Can Suck It. She talks about how she had “to sneak out to play open mics” and hide the fact she was playing music from her then boyfriend. “He’s in jail now.” But give the guy some credit! Without his nuclear levels of awfulness, she wouldn’t have found her way to writing all those amazing songs about that never-to-be-repeated relationship.

Epic is my favourite Sharon Van Etten album. It came out in 2010 and NPR’s Robin Hilton was so taken with it that he said he wanted to be “buried” with the record. Don’t Do It is one of the most staggering songs ever written about a broken relationship – it’s the #2 most-played song of the 13,000+ tracks on my iTunes. Of more consequence, though, is the fact that Bon Iver famously covered Love More from that record.

The ever-growing Sharon Van Etten fanbase saw members of The National, The Walkmen and Wye Oak appearing on Serpents, the first single for her 2012 album Tramp – that quiet attention-seeker of a record that really hasscored her the most limelight. It’s led to her first TV appearances and, unusually, her singing in a flower shop for The New York Times. Her album has already been re-released as a deluxe edition before the year is even out, and it’s placed her in top-billing spot for three shows at the Spiegeltent for Sydney Festival. I can think of no better way to spend the very beginning of next year than in one of those small, jammed seats at that
venue when Sharon Van Etten comes out on stage and breaks that quiet.

If you somehow still need some convincing, try one of the many live sets that NYC Taper has recorded of her gigs.

We’ve got one double pass to see Sharon Van Etten at The Famous Spiegeltent on Sunday January 6 at 5pm. Entry is 18+ and open to current FBi Supporters only. To win, simply email flogmusic@fbiradio.com and tell us why you’re as big a Sharon Van Etten fan as Lee Tran Lam!

***Competition has now closed, thanks for all who entered!***