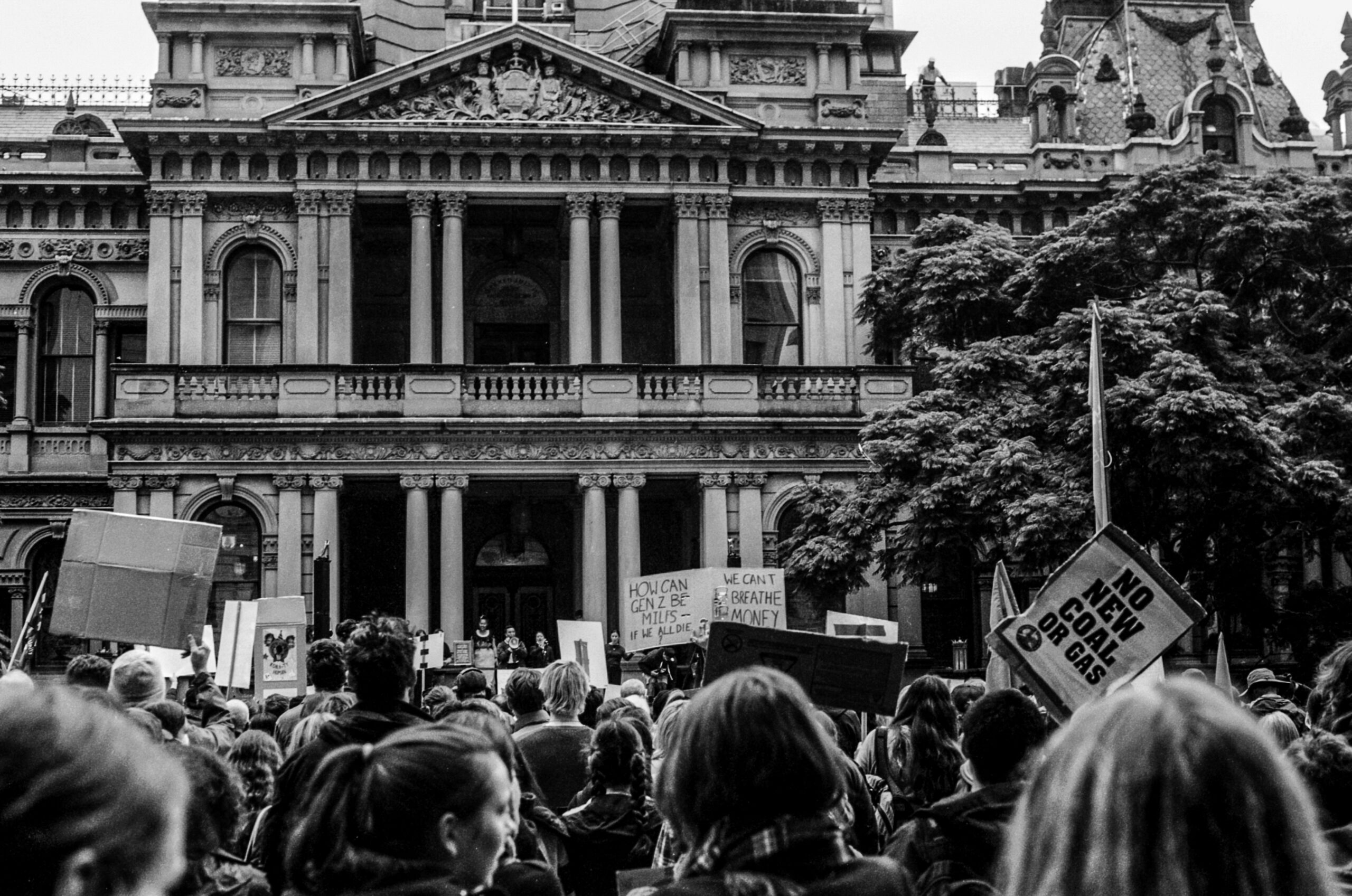 The Backchat team attended the School Strike 4 Climate march on Friday, May 21 2021.

It’s been nearly two years since the last School Strike 4 Climate event. An estimated 10,000 students and allies gathered in front of Sydney Town Hall to protest the lack of Indigenous rights, fossil fuels and governmental inaction. After, everyone marched to Prince Alfred park where they formed into a human sign, captured via drone.