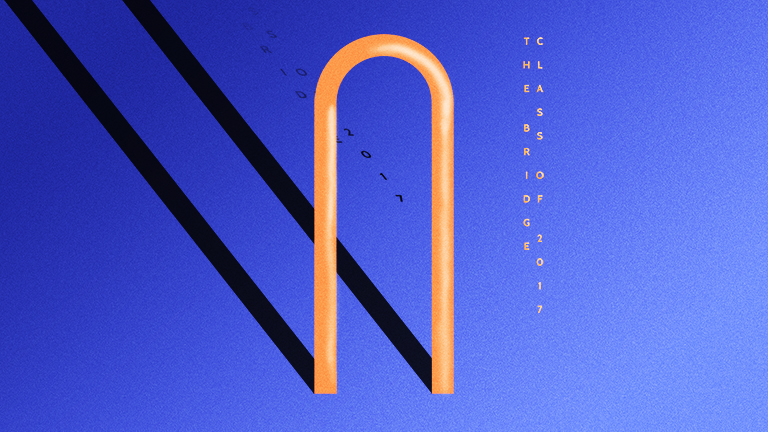 Stuff your stocking with 100% Sydney music, curated by The Bridge.

Our Sydney music nerds have put together a little Christmas pressie, made up of their favourite home-grown tracks of the year. Presenters Ryan Saar, Lachlan Wyllie and Tia Newling have rounded up their top picks of the year from right across Sydney. The best part? It’s free! (Or name-your-price, if you’d like to contribute a donation to at FBi Radio.)

Get it for yourself via bandcamp and read through a track-by-track run down from each presenter below.

Artwork by the excellent Russell Fitzgibbon.

Before Georgia June released her debut track ‘Cool’ in September, she’d already lived the life of a rock star. Under a mentorship with Billboard Magazine, June moved to New York and recorded her first tracks with Passion Pit’s Ayad Al Adhamy, the result being the nugget of pop-rock perfection that is ‘Cool’. It’s a song that bursts with June’s infectious personality, wry wit and a foot-stomping chorus sure to put holes in your floor. Shoutouts to the time my housemate caught me singing ‘Cool’ into a mirror with a hairbrush for a microphone.

‘Vanilla’ is impossibly chic, the audio equivalent of whatever French New Wave film is currently getting all the arts students in a frenzy. ‘Vanilla’ cruises on guitar and synth lines with breezy confidence, Melissah Marie’s vocals hovering above her distinct brand futuristic pop with otherworldly magnetism. Every time I listen to Moody Beach, I can’t help but feel I’ve stumbled upon one of the best (and effortlessly cool) secrets in local music.

Buzz Kull – ‘Into the Void’

After years as a staple of Sydney’s punk scene, Marc Dwyer aka Buzz Kull finally released his debut album Chroma, and it could not have proved more impressive. Loaded with singles that bellowed in darkwave torment and stabbed like icycles ripped from a cavern in Antarctica, it was nearly impossible to pick just one song to feature. However, album cut ‘Into the Void’ proved a personal favourite; the Buzz Kull signature special of wobbling synths, clanging drum machine, alien vocals and seething discomfort raises Dwyer’s project to the lofty heights occupied by icons like Liars, HEALTH and Cold Cave.

Local post-punks dropped their three-track debut EP earlier this year, and it feels like the first step for what will surely become one of Sydney’s new favourite cult acts. Inspired, but not trapped, by 80’s post-punk influences like Suburban Lawns, The Slits and The Cure (they do a ripping cover of ‘Grinding Halt’ live), the jagged edge they bring to pop music is to be welcomed with open arms. ‘Climate Change’ thumps with a particular vengeance, brilliantly off-kilter and addictive. Display Homes also get massive points for featuring a dog on their front cover (go dogs!).

Emma Davis – Danger In Me

Emma Davis’ stunning ‘Danger In Me’ is a sincere call for empathy in a year where the LGBTQ community has endured a lot. It’s also a deeply personal reflection on her own life. Emma’s performance here is intimate and inviting, baring her soul and placing you in her shoes, even if only for three-and-a-half minutes. Personally, ‘Danger In Me’ is one of the most compelling protest songs of 2017. Not because it’s loud, but because it has the courage to be so close and quiet.

BLAND – Can’t Talk About It

I first started playing BLAND’s early demos on The Bridge in late 2016 and was immediately hooked by their revivalist take on 80’s guitar pop, topped by singer Oliver Ellis’ distinctly Aussie vocals singing about just… ordinary suburban life, really. It’s the sort of pairing that calls to mind a heritage of jangly Australian acts that came before them, like The Go-Betweens and Dick Diver. BLAND’s debut single ‘Can’t Talk About It’ bursts out of the gate with a chorus of ringing, interplaying guitars as Ellis recalls a relationship not ending like it should have. Y’know the sort of break-up: the kind that leaves a cloud hanging over your head and a cluster of memories jangling around inside it. It’s equal parts broken-hearted and open-hearted, and for me, it’s one of the standouts of this year.

Self-described ‘suburban drunk rockers’, Pist Idiots’ logo is simply their name in a love heart. I like to think they chose this because, in spite of having a name that suggests something totally different, Pist Idiots is a band with a lot of heart; and they wear it on their beer-soaked sleeves. Frontman Jack Sniff sings the sort of candid reflections that are best written after half a case or so: simultaneously honest and off-colour, pursuing romance and driven by vice. The opener on their debut S/T EP, 99 Bottles is a defeatist anthem that swallows that bitter pill of being at the bottom of the bottle, the end of your tether and slowly circling the drain. And it’s capped off with a chorus that I can’t help but belt out each and every time. Go see these guys next time they’re playing live. Seriously.

In an interview on The Bridge earlier this year, Imbi The Girl told me that their music is a natural extension of their poetry – and it shows. First, they proclaimed “I’m Back” as the opening line on debut single ‘Acidic’, an honest-as-hell cut about intervention and coming back from the brink. Then in September, they dropped ‘V.I.P’. In an alternate universe, this song could have been an early-2000s R&B hit. ‘V.I.P’ is intimacy distilled; Imbi lays out a narrative of vivid, consuming lust with about a hundred cascading metaphors for sex – and it feels like they’re just scratching the surface. Sultrily-delivered lines like ‘fingers know more than most / i will come, ebb and flow’ strike a very careful balance between wordplay and sensuality. Imbi has embraced a refreshing openness and vulnerability on their first two singles, and unsurprisingly, its proved to be one of their biggest strengths as a songwriter.

Released as part of a “Club Weld” compilation, ‘Unreleased Level’ has been a weekly staple for me on The Bridge this year. For such an early career release, ‘Unreleased Level’ pairs a strong rolling bassline with a synth hook that will get stuck in your head for days. Donia has a growing back catalogue to check out if this is up your alley, and be sure to get your hands on a Club Weld release.

Soul Spill Recordings is relatively new to the Sydney scene, but has already released a huge eight track compilation of self titled “heavy spillers”. Head honcho of Soul Spill; Mondo1 followed up his last release on Nerang Recordings (as VCL) with an absolute heater in Socotra. Don’t sleep on Soul Spill!

Muscle Memory – ‘Punish Those Many’

I have a soft spot for a good synth line, and Muscle Memory always delivers. The three piece continue to push out genre bending and forward thinking punk music. ‘Punish Those Many’ is still on high rotation for me, but ‘Altar Boy’ off S/T CS also deserves a special mention.

Released as a split with Merlbourne’s Morgan Wright, this track will get you from the first bar and roll around in your head for weeks following. George Michelle has put a couple of releases out through Burning Rose now, but this was the one that I kept coming back to week after week.

For more stellar Sydney tunes, listen to The Bridge, Monday – Thursday from 8-9pm.