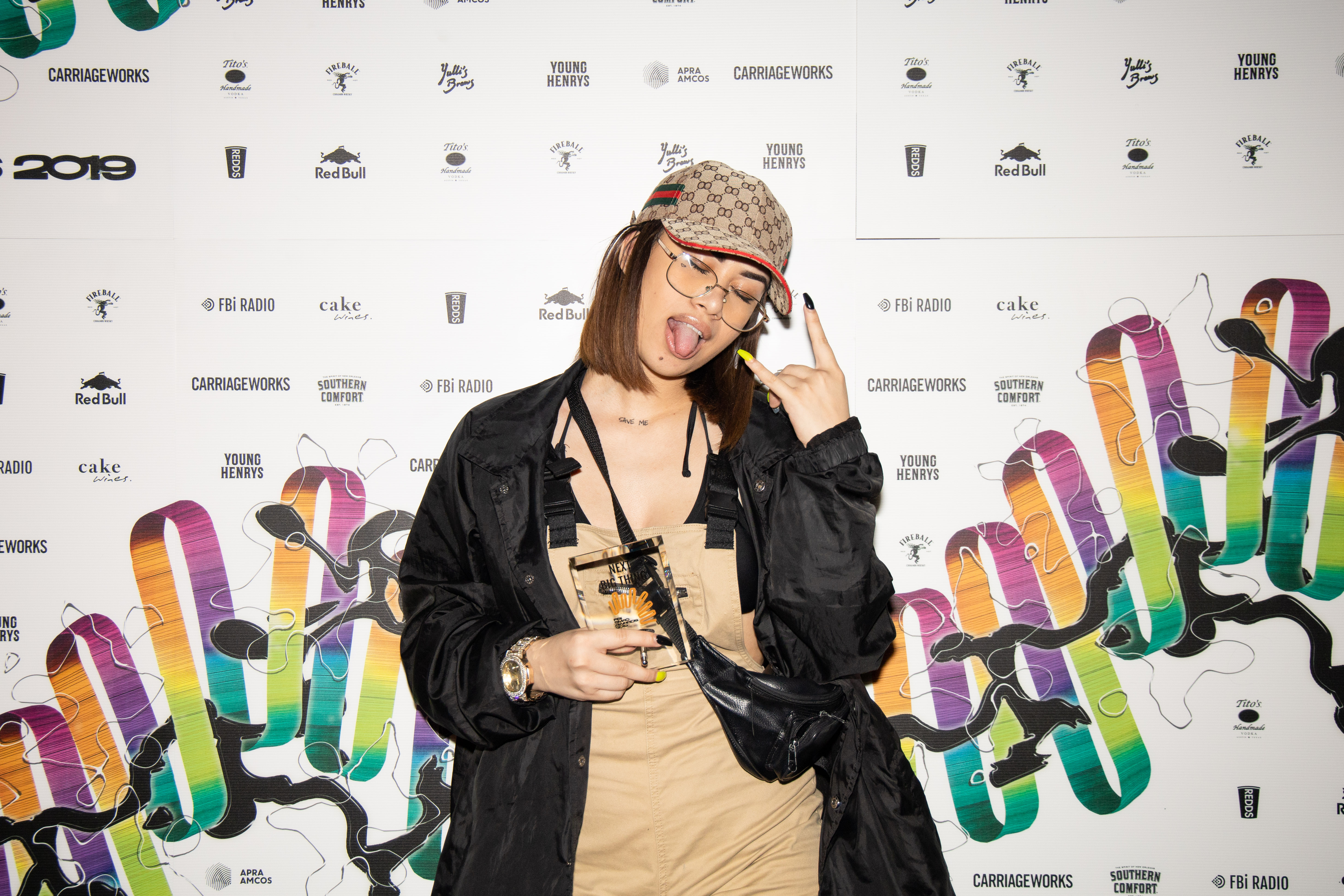 Celebrating Sydney’s best & brightest of 2019 – as voted by you!

And we’re beyond thrilled to announce that the winner of the 2019 SMAC of the Year is Heidi Lenffer. As the founder and director of FEAT. – Future Energy Artists, Heidi has forged a sustainable artist-led initiative that empowers artists to offset their own emissions by investing in renewable energy sources.

Embodying power and grace, Amrita Hepi is a First Nations choreographer and dancer who uses movement to unpack race and gender. From Bundjulung (Aus) and Ngāpuhi (NZ) territories, her work is characterised by hybridity, engaging in intersecting choreographic practices with other domains such as visual arts and participatory research. Amrita’s work takes various forms but always begins with the body as a point of archive, memory, dance and resistance. This year, Amrita Hepi was a part of The National at AGNSW, toured work throughout Australia, Europe and North America and undertook a Danceweb scholarship as part of Impulstanz in Vienna, Austria, under the mentorship of Mette Invargsten.

Boundless Festival is a festival of Indigenous and culturally diverse writers. Featuring free performances, readings, panel discussions and an exhibition, Boundless Festival created an environment to unpack the pressing issues of our time and celebrate the exceptional talent of Indigenous and culturally diverse writers. The festival was presented by Writing NSW and Bankstown Arts Centre in association with Sweatshop. This year Boundless Festival included conversations around the revival and reclamation of Indigenous languages, stories of growing up in Australia and discussion of how these stories can re-shape the world we live in, workshops on how to navigate grants and finding your audience, and the exhibition Mother Tongues exploring language and identity.

Banh Cuon Ba Oanh is a tiny family-run restaurant with an equally tiny menu that’s been packed since day one. Their speciality is bánh cuốn, a traditional North Vietnamese breakfast dish of fermented and steamed sheets of rice noodles that are rolled with savoury goodies and served with fresh herbs and a tangy fish sauce dressing. They’re certainly not the only restaurant in Sydney making bánh cuốn, but they’re likely the closest version to what you’ll find in North Vietnam itself.

Hooligan Hefs is making something really special out of Western Sydney hip hop. Melding UK drill, Australian gutter rap, and European EDM genres like hardstyle and gabber, his sound oozes energy and demands attention. As to be expected, his live shows are known to ooze energy and demand attention too. As one of 2019’s most notable breakout stars, Hooligan Hefs has crafted a sound and an image that is uniquely his, earmarked by his unapologetic and confident demeanour. Citing years spent freestyling with his friends as a teenager in Western Sydney’s Doonside, Hooligan Hefs has honed his craft and has carved out a space for himself at the forefront of one of Sydney’s most burgeoning scenes.

Grandiose, gritty, sexy and sublime, Sissy Ball spun the disco ball for the second time in 2019 and truly established itself as the pinnacle event on the vogue scene. From its beginnings in New York City’s underground queer nightclubs to 2019 where the influence of ball culture is felt across all art forms. In a time where many members of the queer community continue to experience oppression, violence and fear due to their identity, the importance of a cultural institutional like Sissy Ball cannot be understated. Sissy Ball is a space for fluidity, finesse and freedom where a celebration of self-expression and identity welcomes all.

Presented by PACT Centre for Emerging Artists, Black Birds and You Therefore Me, RECLAIM challenged the conventional idea of femininity and celebrated the diversity and strength of feminine identity. The performance aimed to connect and empower womxn through movement, music and art. With a lineup of movement pieces to music by some of the world’s baddest womxn including live music by Mirrah, VJing by Lunar Sequence, photography by Christina Appel and a DJ set by Munaaasib.

Heralding the new guard of hip hop up-and-comers direct from Western Sydney is RnB songstress A.GIRL – the moniker of Hinenui-Terangi Tairua. Her singles ‘Play’ and ‘2142’ are loaded with synths, thundering kick drums, and her signature silky sweet vocals, expertly harnessing sensual RnB stylings to tell stories from the suburbs she calls home. A.GIRL is serving artistry, sensuality, storytelling and swagger at the tender age of 19, so she’s sure to wow us for years to come.

SONG OF THE YEAR – PRESENTED BY APRA AMCOS

In 2019, Western Sydney rappers ONEFOUR fast became one of the most talked about groups not only in Sydney, but across the globe. Claiming the title of Australia’s first drill group, they take liberal inspiration from their UK drill counterparts, vividly rapping about the harsh realities of life on the streets. Their single ‘Spot the Difference’ preceded their rise to notoriety, and has since become an anthem epitomising everything that ONEFOUR stand for. Despite an ongoing battle with local authorities insistent on shutting down their performances, citing unfounded claims that their lyrics could incite violence, ONEFOUR have amassed a worldwide following of supporters who are acutely aware of both the hypocrisy of ONEFOUR’s critics, and the gravity of the group’s voice as an emblem for representation and resistance.

ALBUM OF THE YEAR

Written in the desolate aftermath of a broken relationship and fresh off two years of incessant touring, Crushing is Julia Jacklin reclaiming her own body, exploring various forms of agency, autonomy and alienation, as well as how people can embed themselves within our bodies and minds. With Crushing, she understands that trying to untangle someone from your life happens in small steps, in between the emotionally contradictory moments of brutal honesty and self-reflection, somewhere between confusion and clarity, regret and relief, doubt and resilience. Julia Jacklin finds this all within herself on her devastating and redemptive second record, an album which we’ve all, in our own ways, also lived through.

“Sydney is experiencing a new dawn, and we celebrate this here tonight. But the celebration of these gains has been tempered by bushfires, and now floods, ravaging the country. No one has been left untouched by the devastation, and in times of crisis the value of the arts is often questioned. But the way our music and arts communities have responded cannot be questioned.

Heidi is rejecting the boundaries imposed on artists that tell them to just stick to their art. In striving to make change in her corner of the world, she is offering a shining example of leadership and responsibility-taking that our leaders would do well to heed. In rallying creatives around her and offering positive, pragmatic solutions at a time when hopelessness is the mood of the day, Heidi has not only invited us to reckon with our own impact, she’s given us the tools to do something about it.” 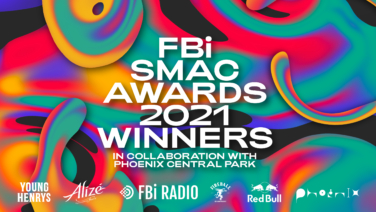 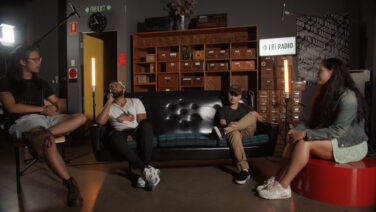 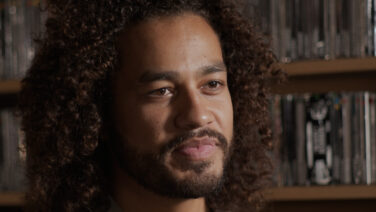 Ambitious, multifaceted and full of pride, your 2020 Record of the Year 'Black Thoughts' is a must-listen.