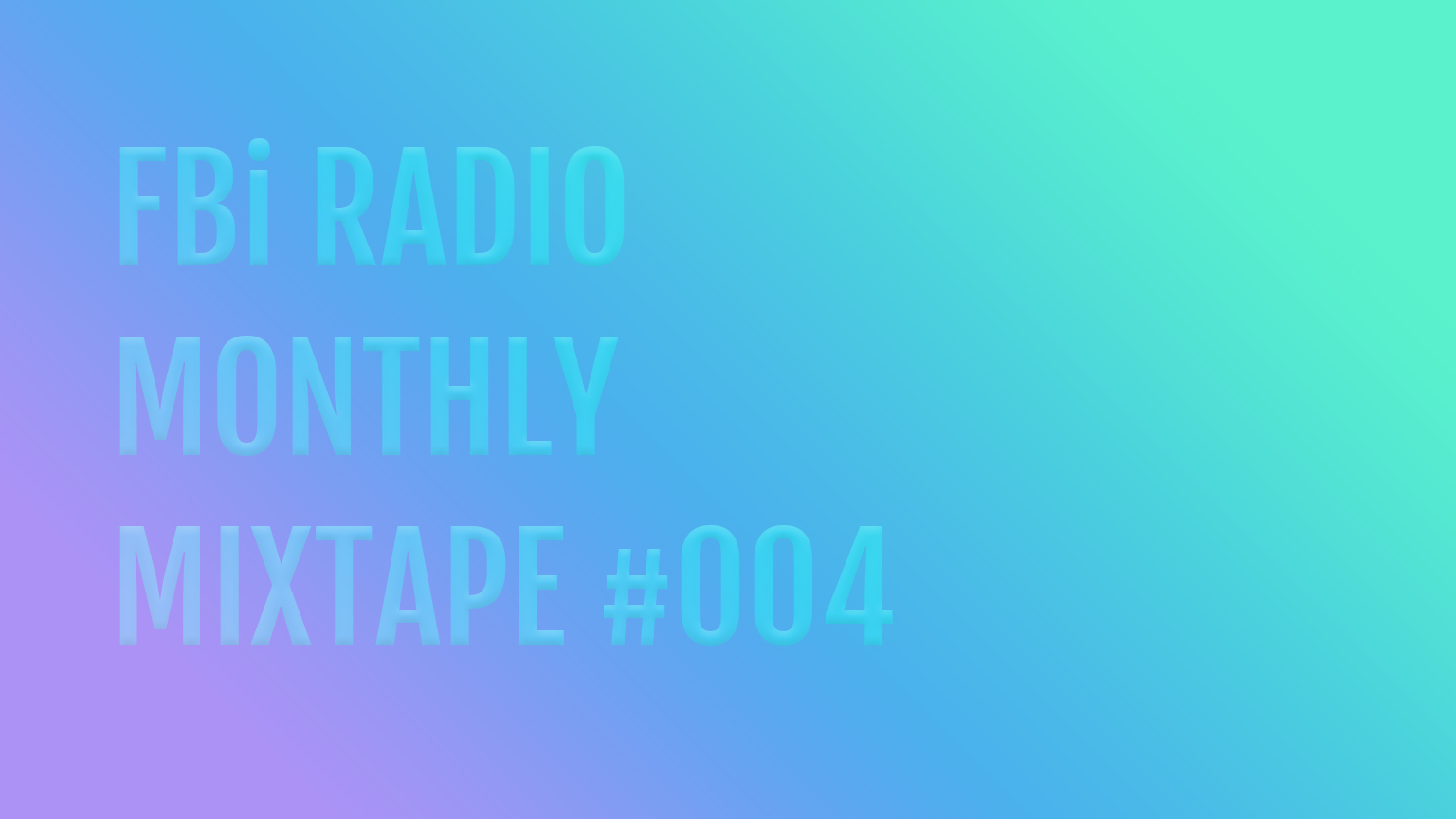 It’s the end of the month which means looking back at some of the musical highlights our airwaves delivered in March. Get to know some of our super savvy presenters as they plug you into some releases that they’re excited about!

This syrupy alt-country pop piece from Organ Tapes plunges straight into your gut and sits heavy and still. A bouquet of breathy autotune and plucked guitars, this melody followed me around for days after I first heard it. This one is the first taste of his upcoming album coming out in April on dj pythons ‘worldwide unlimited’ imprint, so i’d suggest spending the next month preparing emotionally.

The Fertile Crescent – Into the Fire

My friends, family, and regular listeners of spoil keep saying, “Please Natalia. Stop talking about London based label Xquisite releases.” And to that I say, “Absolutely not.” Fertile Crescent is a collaborative project from London-based producers Susu Laroche and Oxhy, and invokes the spirit of Suspiria in me, which is the main criteria for most (if not all) of the music I play on a Thursday evening.

A big bashment tune out of Sydney – not something we get to say often! Gold Fang brings unmistakably Trinidadian flavours to a huge production from Korkey Buchek that you could imagine hearing Pa Salieu’s voice on, and Fang’s constant collaborator Danté Knows brings the heat on the feature.  It’s exciting to see the rise of Australian artists who aren’t confined to US/UK informed sounds, and Gold Fang is a great reminder that Australia is home to world class artists from a wide-array of rich musical cultures. Having cut his teeth as a junior member of the Reggae
Mondays crew after moving to Sydney as a teenager he’s coming at the rap scene with a pretty unique perspective and taking things in new directions. – Gabriel

Kom Kom is a Ghanaian word (Twi dialect) that means “Silence”, in this context we set the storytelling through the eyes of Kuuku Black & Vida Sunshyne who team up for their debut single ‘Kom Kom’ produced by Ssnowbeatz which will be a part of their upcoming album “The Truth” release date TBA.

Kuuku Black & Vida Sunshyne share the story about Uncle Kojo where we start the story in Accra, Ghana on the waters of West Africa here we meet Uncle Kojo, a noble man part of the Ashanti Empire. He saw the transformation of what was once an abundant country full of golden resources taken away by the colonisers who took away his fortune with nothing left for him to fight for. He lived out the rest of his life in solitude, a distant shadow of himself, not wanting to deal with other people’s problems; he chose to live the path of a loner dealing with his own problems fighting his inner demons with the little might he had left in him. – Paulo

This one is deep and gloopy but also enticingly magical and uniquely Australian. It’s the sort of late-night headsy track that has you eyes closed on the dancefloor, wrapped in its warm spacious sounds remembering times spent in leafy outdoor clearings surrounded by friends. The layers of samples, wobbly acid sounds mixed with whimsical notes and squawking birds add to the floaty outdoor atmosphere of the track. Produced by Sam and Jack Brickel from Menage, a crew based in the northern suburbs of Naarm. It’s a new one off the latest Animalia compilation, a Naarm based label curated by Kia which goes back to its roots on this one, inviting back the artists from the label’s very first release.

Spanish label Skip Audio invites a mainstay of the Romanian minimal scene, Vlad Arapasu, for their third compilation. It’s a quiet banger, a crunchy bass-heavy tech track that slowly builds over its 7 mins with wiggy vocals and crackling radio interference, how I’d imagine extra-terrestrial contact to sound. It’s a real stank face kinda track. Its driving thump keeps a dancefloor rolling into the early hours of the morning.

Adele Luamanuvae and Rebekah Manibog – cohosts of The Snacc Pacc

BADDIE CHECK IN, BADDIE CHECK IN! This track is all about self-preservation and acts as a stern and unapologetic uprising against those who stunt our growth, and I love every bit of it. Wrapped up in Gemma’s dominating vocals and sharp R&B chords, this is a self-love anthem strictly for the baddies! – Adele

Imagine riding a ferris wheel, fairy lights everywhere, holding hands with the love of your life. This track is the perfect love song of March and gives very much ‘XO’ by Beyonce vibes. Ashli says this song is inspired by Sonnet 138 and the love definitely seeps through the lyrics. – Rebekah