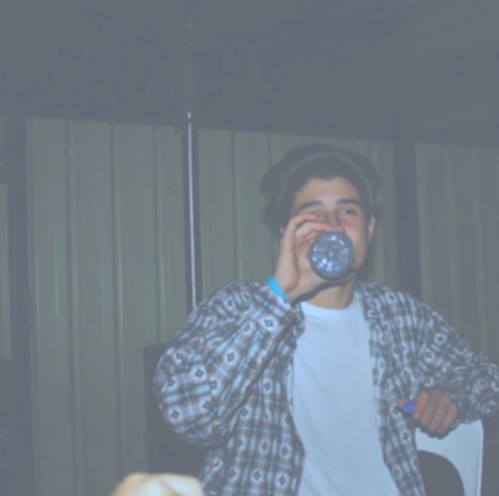 Tobiahs wants to “drop the D from EDM”; an idea underlined by his completely non-beatmatched Fade Up mixtape. Rather than using BPMs as a guide, the fifteen year old Melbournian chose to create echoes and harmonies in order to blend the tunes. Aside from a surprising What So Not jam slipped in the middle of the mix, it’s a soothing twenty minutes topped off by the man’s own haunting edit of Hayden James.

Sandro Dallarmi :: You’re relatively young, but you seem quite comfortable with production and music theory. Did you start out playing other instruments, or has it always been electronic music for you?

Tobiahs :: I’ve never played an instrument as such, but I’ve always had an ear for music. I’ve always been into electronic music. Started when I was in about grade 4. A handful of my older cousins and my older brother used to play artists like Breakbot, Treasure Fingers, Justice and prominently French-based music. So while all these other little dudes were flicking through their radio stations, I was on my LimeWire checking out these crazy new sounds, especially funky stuff.

Being a teenager right in the middle of the US-bred ‘EDM’ boom, I imagine a bunch of people at your school are more used to big room bangers than the chilled stuff you’re making. How have your mates reacted to your tunes, and for that matter how did you come to discover this type of music?

Oh man. I love EDM don’t get me wrong, but isn’t it time they dropped the “D” from “EDM”? I mean wouldn’t it be better if electronic music was mutually known for more than just dance? The median music taste for kids I know is just straight Melbourne bounce and progressive. I’m pretty sure it’s because they aren’t exposed to the other stuff that’s out there, which really does suck. I guess you cant blame them though, all teens love to listen to what the clubs play. My close mates absolutely dig what I’m making at the moment and they don’t sugar coat their advice on things which is perfect. If someone has similar music taste to me, we are instantly life-long friends hahaha. Uh, my musical influences were born through both Hermitude and the early days of Flume. Their sounds were just so addictive, like nothing I’d ever heard. After draining their songs day after day, I needed more. I hopped my little ass back on that office chair and my brain was exposed to this new community of music, which has really shaped the artist I’ve turned out to be.

How seriously are you taking music at the moment? Have you thought about the future?

For me right now, music is everything (don’t tell Mum). It just makes me so fucking happy haha. My immature, testosterone-filled, little brain can’t see anything but music in my future. The fact that a series of sounds all thrown together in one flowing pattern can be so contagious just gets me. Music can do so much; it can help get your feet moving all the way to helping you deal with heartache (Ta-ku territory). Anyway, I’m just really excited to see what the future has in store for me. The thought of experiencing the energy of hundreds, if not thousands of people all vibing to my tracks in the same atmosphere just sounds too good to pass up. It definitely beats what I’m doing now – deejaying for a whole heap of underage Melbourne bounce / mobile phone zombies.

Van She :: ‘Idea of Happiness (What So Not Remix)’

Fantastic Mr Fox :: ‘On My Own feat. Denai Moore‘

Tobiahs | The Mixing Bowl | Fade Up