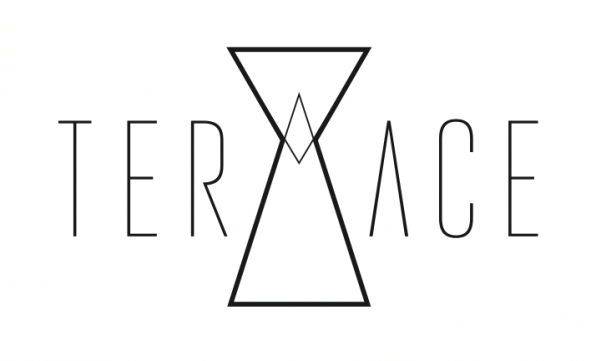 Terace don’t like to broadcast their faces across the internet, but luckily their music captures all necessary attention. A production duo out of Sydney, the boys make warped, bassy house music perfect for peak time in the clubs. They’ve released one original track and a string of tasty remixes over the last twelve months, and there’s plenty more on the way.

Sandro :: Terace is a relatively new thing for you guys, but it’s not your first musical endeavor. What led up to this point?

Daniel (1/2 of Terace) :: We had been producing more perhaps ‘generic’ club music for a few years, but started to experiment with a few ideas with a bit more musicality in them. We wanted to work with singers and other musicians and make stuff that had a ‘sound’ but no real rules to how it is.

We made ‘Running’ with our friends Jupiter Project last year and I played it to Ajax shortly before he passed away. Ajax was always great with advice on music and a big influence on myself; he loved it and told us to pursue that sound and create a new alias out of it. That is how Terace was born and we were lucky enough to be signed to Sweat It Out by him from the first single onwards. The timing of it all was was quite surreal really. Since then we’ve been shifting our focus more and more onto it. Our other guises are still around, but for 2014 most of our studio time is all about Terace now.

Why this collaboration then? What makes Terace exciting for you?

Tim and I have always worked on music together; we’re very different but it kinda works. He’s great with the engineering side of things and toning my crazy ideas down, but that pushes him so it’s a good balance.  I don’t know what you’d call it, it’s in some ways electronica but with a definite house beat in most of our tracks. I’d like to be a bit more experimental with the music down the line and really develop the range and boundaries of our sound, which is hard because we have so many different influences, and we’ve still got a lot to learn – but I think we’re going in the right direction.

We’ve just finished our EP which is getting remixes now and coming out on Sweat It Out in the not too distant future which is exciting. We also just finished a string of remixes for Go Freek and Alley Oop, as well as the Flume & Chet Faker rehash that’s included in the mix. Now we can focus on making original tracks again which is cool as we have no idea what we’ll come up with. We really want to work with more proper talented musicians (as we’re just button pushers really) and add our sound to it.

With the EP coming out and some of the remixes doing fairly well I’ll be starting to gig as Terace from next month for the first time as well which I’m looking forward to!

You’re debuting your new live show next weekend at Goodgod. What’s in store?

It’s not actually a ‘live’ show, but it’s definitely something different. We use an EMU Pro system which is basically a 50″ see through touch screen. The software is modular so we’ve made our own custom template for it. It’s running via Traktor at the moment however later we plan to run it via Ableton Live. I’ll do normal DJ sets as well, but this is fun to use and something a bit more interactive with the audience. It will be pretty much a trial run on Saturday. I am slightly nervous about it even though it’s a small show, which is weird because I have never been nervous about a gig in all my years of DJing, but hopefully it comes together okay.

Terace | The Mixing Bowl | Fade Up