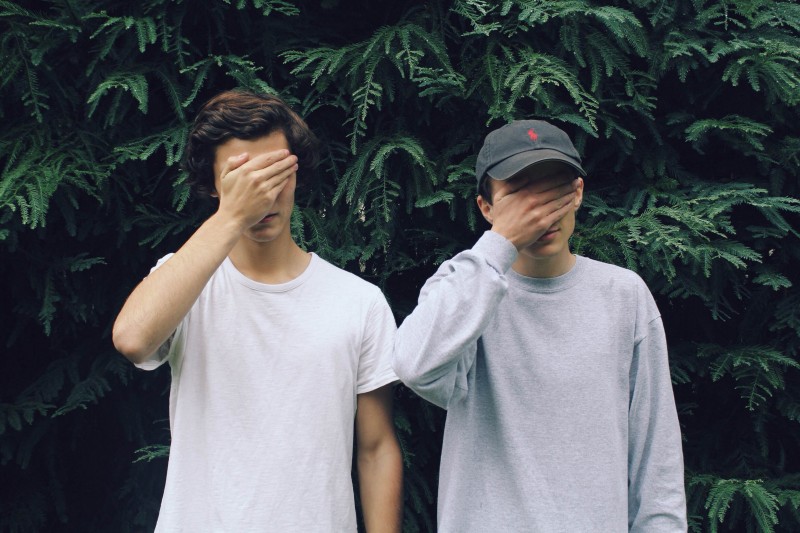 Judging by the above photo, this Melbournian duo are super lazy when it comes to playing hide and seek, but that’s only because they put all their energy into making proper bass music. With strange synths and heavy-hitting percussion galore, L W K Y (pronounced “Low Key”) have the potential to be smashing it out in clubs around the country before you know it.

Sandro Dallarmi :: You remixed Kilter‘s ‘They Say’ for the Track Sift remix competition, and it’s just been announced that you won! How did the track come together?

L W K Y :: Firstly, we’re totally stoked to have won the comp! We saw a few people that were remixing the track on Soundcloud and thought parts of it suited our style. Initially one of us downloaded the stems and spent a night working on it to give it a new and original feel. The whole track began to come together after a few day passing it back and forth between us, but we felt it was lacking what would really make it stand out from the rest. We then caught up in the studio and worked it for a few days when finally the tune grew into something we were really happy with.

The earlier uploads on your Soundcloud page are a little more relaxed (or I guess “low key”, hardy har har) than the Kilter remix though. What brought on the change in style?

It’s hard to say really. We don’t think that is necessarily a change in style that describes this remix, more so just what we were feeling at the time, and we feel that it’s better to go with what’s flowing at the time rather than confining ourselves to a specific sound or genre.

Before I played your mix on the show last Saturday night, I accidentally referred to you as a trio, which used to be the case right? How did the project come into its current form?

Yes, originally we were a trio, but things were not working and only two of us really producing and pushing L W K Y further. The effort put into the project was unbalanced so we made the decision to part with one of the members. This decision wasn’t easy for we are all good mates, but it was necessary to make things work.