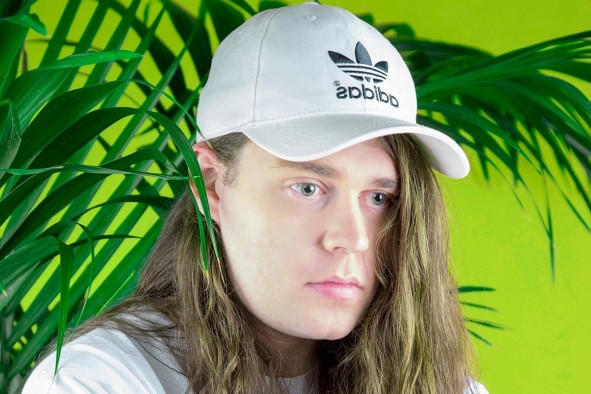 Sandro :: The earliest track on your SoundCloud page is four months old, but I’m guessing that wasn’t the first time you made music. What came before this?

Fresh Hex :: A lot came before this. Mistakes. Lessons. I toured the country. I played to thousands, played to no one. I co-produced. I worked with people who taught me things that are imperative to what I do now. Side projects. Side side projects. Projects that only had a name and nothing else. Fresh Hex was the first time I could look at what I was making and say “okay, here I am, this is me. Let’s go.”

Looking to the future now, what are we going to hear when we click play on your first EP?

A preview for it just went up on my SoundCloud actually. For me it’s an amalgamation of everything I’ve heard in the last 12 months that I’ve fallen in love with and reinterpreted. Whether that was an experience at a club, a festival, my friends bedroom, my dreams. It’s ravey, it’s wavey, it’s a bit stupid, a bit sexy, a bit atmospheric but ultimately I just want people to find their context to hear it in and lose their shit to it. Definitely an EP that needs a bit of volume.

You’re going to be in Sydney playing a show tonight with Tomb Boss. What’s the plan?

We’re playing together on Friday the 13th of February (oooooh). Tomb Boss and I have been nerding out and sending our music to each other for a while. I think he’s a great producer and someone who understands how to build atmosphere in their music. I’m really looking forward to playing with him. The circumstances as to how we met I find quite hilarious now, but maybe that’s a story for another time…

Fade Up Mixtape #47 :: Fresh Hex by Fade Up on Mixcloud