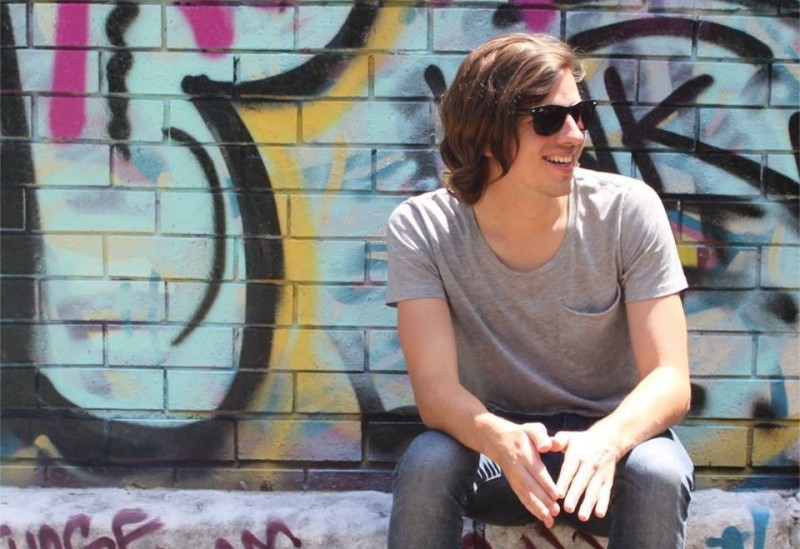 Much like Floria, Sydney producer Empia went from drumming in metal bands to producing music on his own. That’s where the comparison ends though; this man leaves behind aggression in favour of the bright synths and major chords that have been lighting up Australian laptops for the last nine months or so.

Sandro Dallarmi :: Your music fits right into the buzzy genre of the moment down under, and you wear those influences on your sleeve. That type of music is a fairly recent development though, so I’m interested to know what led up to this point for you musically.

Empia :: Going a few years back, my main musical outlet was drumming. I was in a couple of bands throughout high school, but once school finished we all kind of lost interest. I felt as if I needed something else to find, so as an impulse buy I picked up a Macbook and a copy of Logic and went from there. I started out making electro and dabbled in that for a few years under an old alias, however things eventually grew stale so I ditched that and launched this Empia project to get a fresh start. I’m definitely still in the process of trying to refine my own sound though. If my music comes on the radio, I want people to associate it with with the Empia name.

You really went all out ‘Over The Edge’, with guest vocals and heaps of subtle little moments popping up throughout the track. What’s the process for you in creating a track?

Each track seems to unfold somewhat differently. Throughout the writing process, I’m always picking up on new production techniques or finding new samples, which makes me want to start the track from scratch and implement them, but I’d never finish anything if that were the case, haha. Most of the time a track will simply stem from one specific sample, usually a vocal hook, and then I’ll build it up from there. I built one of my tracks around a bamboo wind chime I recorded which was a lot of fun.

Have you thought about how you’d take things live?

I think coming from a drumming background will allow for some different possibilities to be explored. The world has enough DJs and I think it would be exciting if more producers started working on live sets, like what Kilter is doing at the moment. With that said though, not all clubs may be able to accommodate for a live setup, so being competent behind the decks is also important. It would definitely be cool to have both tricks up my sleeve.

Empia | The Mixing Bowl | Fade Up