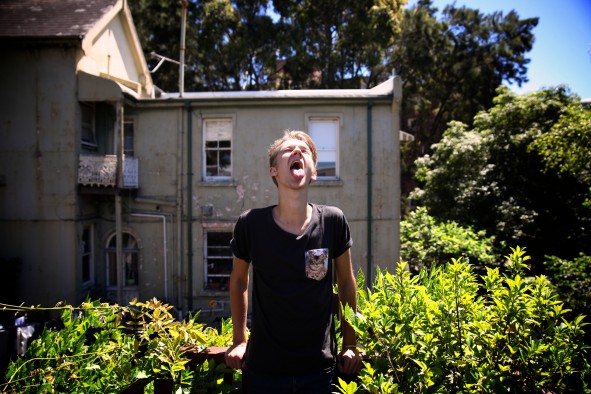 Just like the African hunting dog of the same name, Sydney producer Basenji makes noises that sound a little unusual. Influenced by his mates Wave Racer and Cosmo’s Midnight, he creates melodic bass music that doesn’t need lyrics to be as infectious as any pop song. He’s got props from Cashmere Cat under his belt after just a month on the scene, so it’s pretty clear that Basenji is an artist you need to hear.

Sandro Dallarmi :: So you were in a production duo called Pablo J & the Lobsterettes with a guy named Tom. Then this Tom character made a really stoopid decision and start making music as Wave Racer or something weird. He’s done ridiculously well though and makes pretty incredible music. How has this whole situation affected you and your music?

Basenji :: When it comes to Wavey P (Wave Racer) I don’t even know where to start. I knew as soon as ‘Rock U Tonite’ and ‘Stoopid’ went online that big things were going to happen, but I had no idea it was going to happen this fast. I can’t think of a more deserving guy to find such success. He is incredibly talented, humble and above all, devoted to his music.

The explosion of Wave Racer has definitely slowed things down for Pablo J & The Lobsterettes, but we still have a massive release on the way. We also have a secret project with Cosmo’s Midnight that has been put on the back burner, but I’m not allowed to say anymore about that :3

Tom has taught me a lot of what I know about production, so he has really been a big part in me starting my own project (and so have Cosmo’s Midnight! <333). Massive thanks to all those guys, for being so supportive! Check out their music!!!

S :: The titles of both tracks on your SoundCloud account reference specific artists. Are they remixes in disguise? What’s the story behind them?

B :: Although they aren’t remixes in disguise, I like to think of them as homages to artists I respect. Simply put, the ‘Cat’ reference is for Cashmere Cat and the ‘Dofflin’ is all about Cosmo’s Midnight. The reason being, is because these are two artists that I hold in high esteem as innovators in modern dance music. They both are constantly exploring new sounds and transgressing genre boundaries and for this reason they are both continual sources of inspiration.

S :: As Basenji, you’ve only just started making music. However you’ve been a part of the game for a while now and have experience in the industry as well as solid production chops under your belt. Considering all that, how did you approach this new project?

B :: I’m not entirely sure that my experience has changed my approach to this project, but it has certainly helped. It was great to start a project and already have a network of close friends and acquaintances in the industry that could help support my tracks. When we started Pablo J & The Lobsterettes, we knew no one in the Sydney scene, but over time we became familiar with the crowd behind it all.

I’ve spent the last 6 months really trying to refine my production standards, but I am in a lot of ways still learning. I have a lot of new demos on the way and I’m looking forward to seeing what happens next! ᶘ ᵒᴥᵒᶅ

Basenji came into FBi on Saturday night for an extended interview on The Mixing Bowl. During the chat, he promised to release a picture of himself and Wave Racer with super long hair at age thirteen. It’s yet to surface but IT WILL HAPPEN. We also talked about dolphins and Bruce Willis and stuff. 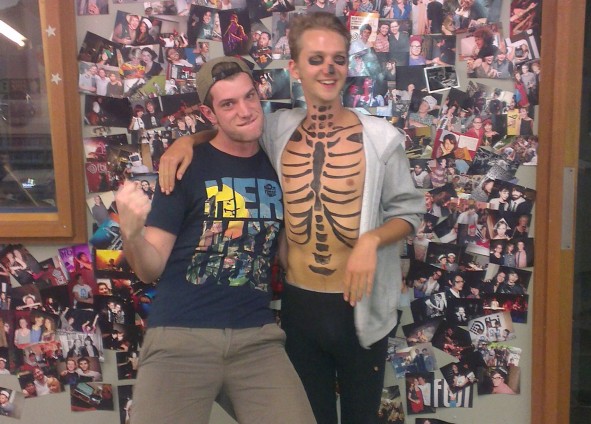 Basenji – ‘Tribute To The Cat’

Basenji | The Mixing Bowl | Fade Up