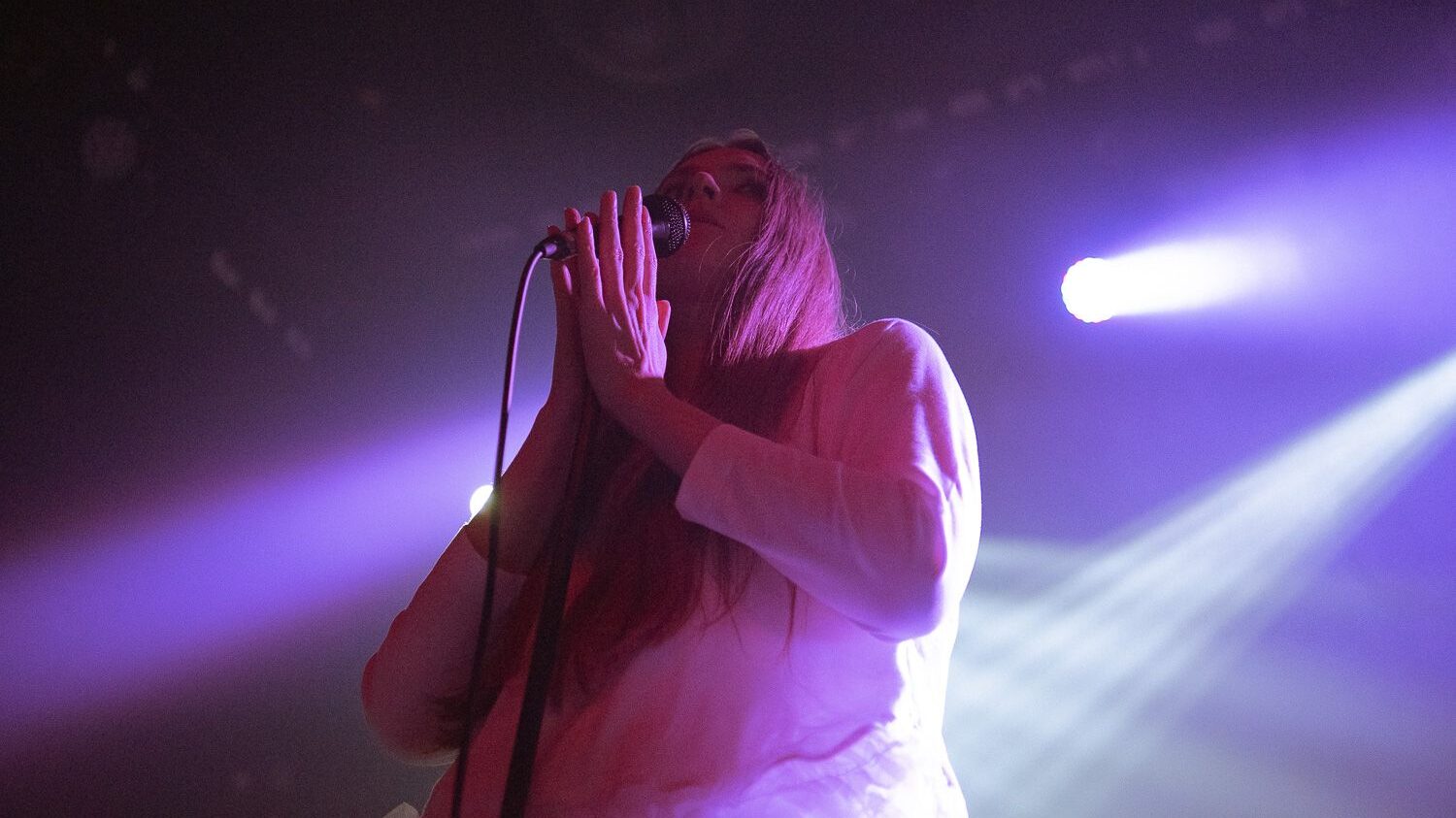 Florence and Dry Cleaning’s bassist Lewis Maynard joined Ben Hansen on Mornings amidst their run of sold-out shows across the country. The band managed to find some time during the debut tour of Australia to chat about the visual nature of music, Stumpwork, new experiences in Australia, audience reception and crowd surfing

“Australia was the first place we ever did an interview and the first radio stations to play us as well. It feels like us coming has been in the pipeline for a while.”

The band’s music has had an obvious resonance with this country, with their unconventional and often tongue-in-cheek lyricism striking a chord. Despite the warm welcome, touring a new place has meant unfamiliar experiences for Dry Cleaning. The raising of shoes and boots in the air at Meredith Music Festival was exactly that for the band when they played at the festivals 2022 edition. A unique tradition at the event that occurs when the crowd is impressed and wishes to show their gratitude.

Each show in itself is a fresh experience for Dry Cleaning. The unusual nature of the band’s post-punk instrumentation and dead-pan spoken word vocals sees them receiving new and differing receptions wherever they go. Ben asked Florence and Lewis about the spectrum of reactions they see on the road.

Florence: “Everywhere we go is a different reaction. Everything from circle pits to stoney silence.”

“A room full of people with their eyes closed… We get that quite a lot. I do sometimes hear people laughing.”

From the sound of Dry Cleaning’s music you wouldn’ be blamed for thinking they would prefer a meditative, passive crowd, taking in each and everyone of Florence’s pensive and poetic lyrics. As Ben found out however, they quite enjoy the contrary, stating the more mosh pits the better. Lewis even shared an anecdote about witnessing his own Dad amongst the action:

“We played a gig in London… the night before the album coming out… My dad was there. It was a very small venue but he was very close to the front. There was a bit of a mosh pit and someone crowd surfing over his head… It was very fun to watch from the stage.”

While they endorse the mosh pit and crowd surfing at their shows, Florence insisted she’ll remain an observer rather than participant. Lewis however has done it before and seemed tempted by the prospect of another go.

Florence: “I’m putting it out there, I’m never, ever going to do it.”

Lewis: “I might try it on my birthday. When I did it before, I was playing bass while I did it and I think it went well.”

Before sold-out tours, laughing audience members and crowd surfing can exist, there needs to be music. Dry Cleaning delivered this in the form of their sophomore album Stumpwork this year. Florence explained the name of the album comes from an old technique of embroidery involving raised or 3D elements.

“The way we title things is just by seeing what sticks. We sort of throw a bunch of ideas in the air between us and whatever we all feel represents things well between us, we tend to go with that.”

“It’s quite evocative, it sounds like lots of different things other than what it is.”

Dry Cleaning naming their album after a form of visual art is quite fitting, with Florence herself being a visual artist and her lyrics often being described as such.

“I draw a lot and I take a lot of photographs, I definitely think visually… I take it as a compliment that they’re [lyrics] visual… That’s pretty exciting if people are imagining scenes and pictures when they hear the words.”

One particular track off Stumpwork that paints a picture in the listeners mind is ‘Gary Ashby’. Ben delved into the meaning behind the track with Florence and Lewis. The track focuses on the titular character who is a pet Tortoise who has escaped amongst family turmoil.

“I always like those songs that are about something kind of unusual… I love a character, a little cute character.”

Listen to ‘Gary Ashby’ and the rest of Stumpwork down below or check out Florence and Lewis’s chat with Ben Hansen on Mornings up top!