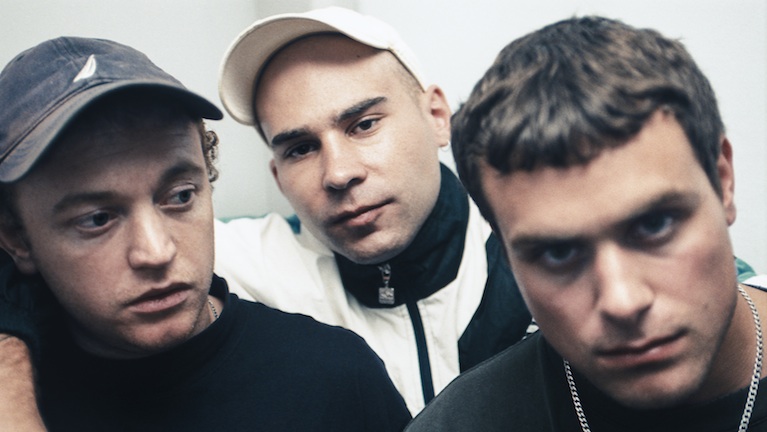 The debut album from DMA’S has been long awaited and much discussed. Just before Hills End was announced as FBi’s Album of the Week, Tommy, Johnny and Mason all joined Darren Lesaguis in studio to chat the bread and butter of band life: writing and touring.

Originally making music with no intention of playing live, the band purposefully held back from performing around Sydney for some time. After experiences in other bands, they didn’t want to end up playing the same venue every weekend, holding out to make it good. This has made balancing the two a little bit more difficult.

“Getting used to being able to write on the road is the hardest one for us, because we were just writing for so long. We were a studio project for a few years, not having the same liberty to just write whenever you want.”

The band also played a live, acoustic rendition of ‘Too Soon’, a song that was collaboration between all three band members. The entire album was created in a similar way, with bits and pieces from each of them making up the whole.

“A lot of the songs that we have are little memos that we do on iPhones and we piece them together. Just like a Frankenstein kind of thing. We’re too lazy to write full songs.”

The guys revealed that the next record to follow Hills End will be very different – and is pretty much already written. Their debut full-length release was finished a year ago, and a lot has changed for the band since then with their writing. For now though, time is precious as the band head off to the UK and Europe – so they’ll wait to see what happens with future recording.

Hills End is out today, February 26, through I OH YOU.