Briggs Tells It Like It Is On Out Of The Box 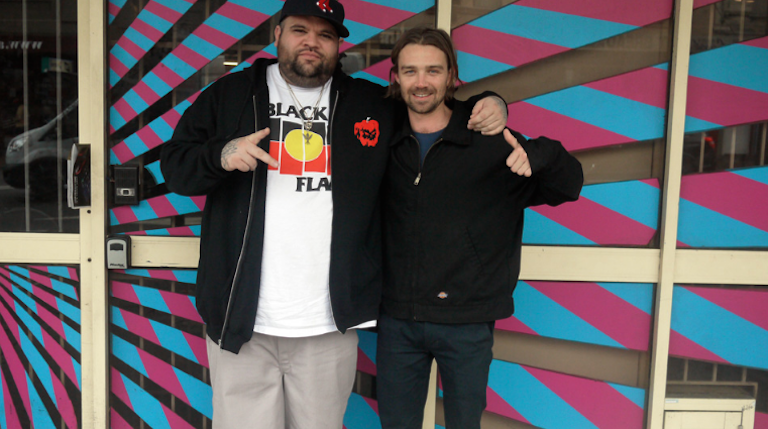 In an hour long special, Serge Negus chats with multi-talented Yorta Yorta rapper, writer and actor Adam Briggs about racism, gay marriage and writing for the creators of The Simpsons.

Listen: Briggs on Out Of The Box

Having grown up in rural Victoria, Briggs shared glimpses of the racism little Briggs faced every day:

“Here we go this is banger… I played footy for the local Indigenous footy club, and there was another team who were all white. They were affectionately known as ‘The Niggers’. Their club song was like the Richmond Tigers club song, except rather than tiger land, it was nigger land.”

As one half of hip-hop duo A.B. Original and founder of record label Bad Apples Music, Briggs had a thing or two to say about making political, in your face music:

“When you create such a hectic kind of record, you draw a line down the middle… there are going to be no more fence sitters. You’re either going to love me or hate me, there is going to be no half way fans…

…When people hate you, the people that love you galvanise and they understand it, and the people that really dig it – because I drive such a difficult message to swallow – the people who love it are so invested and I appreciate those people for sticking by me.”

On Turnbull and the current marriage equality debate, he had this to say:

“[Turnbull] is a coward. He couldn’t make a decision to safe his life… thats why we all have to post in so people who love each other can get married. It’s so dumb – just let ’em get married! Who cares!? Why is it such an issue?

I’ve been trying to figure out what the argument is against it and just don’t understand. People talk about the sanctity of marriage – and there are TV shows like ‘The Bachelor’ and ‘Married At First Sight’ – and they want to talk about the sanctity of marriage? If I wasn’t allowed to get married and people were just reeling off TV shows where people get married at the drop of a hat, I’d be fucking infuriated, you know what I mean? That’s insulting.”

Stream the full chat to hear Briggs on changing the date of Australia Day, writing for the creators of The Simpsons and whether we’ll ever see Senator Briggs in government. He shares a hand-picked playlist too – featuring Snoop Dog, Public Enemy, UKG and more. 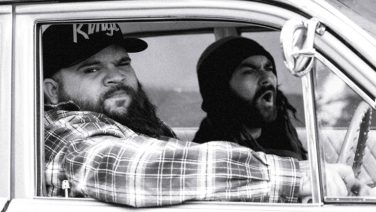 Following the release of their debut album 'Reclaim Australia', Trials (one half of A.B. Original) joined Backchat to discuss the state of Australian Indigenous politics and music's role in Aboriginal advocacy. 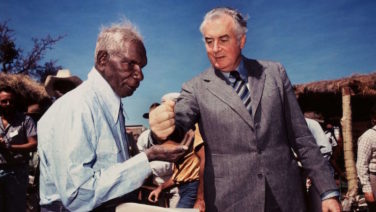 From Wave Hill to the National Indigenous Art Triennial 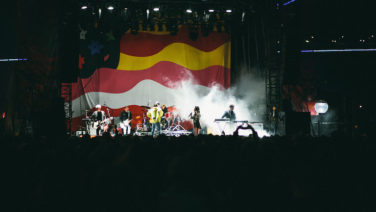 Bringing their colourful, sample-heavy sounds to the tip of Bennelong Point, The Avalanches made their triumphant return to Sydney, joined by Briggs, DJ Shadow, DJ JNETT and Spankrock.