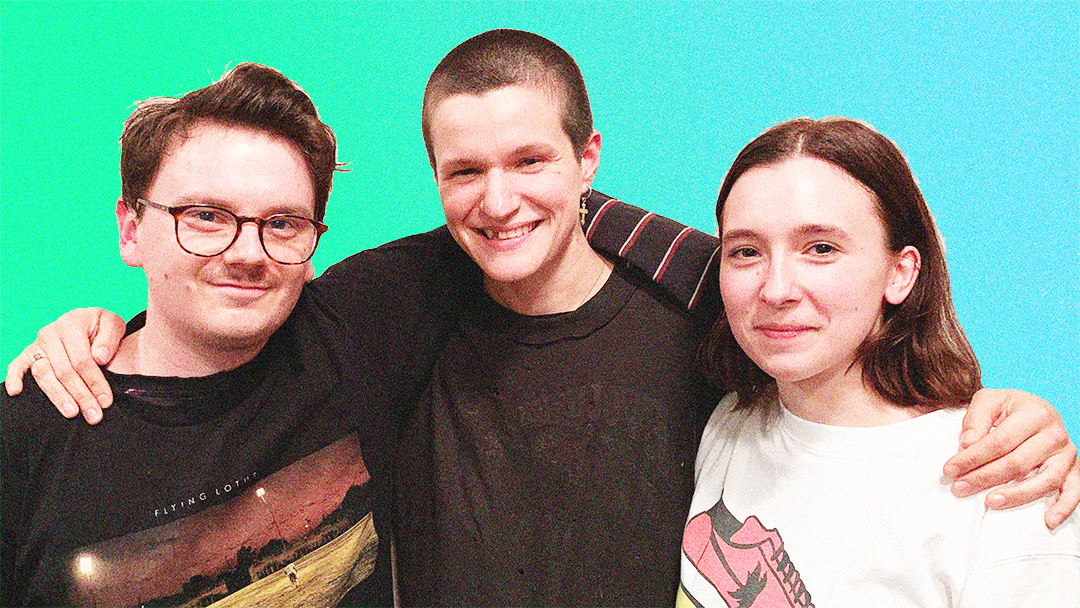 On For The Record this week, Dan and Maia took a deep dive (as they do) into Big Thief’s third album U.F.O.F, and were graced with a visit by uber talented reluctant front-woman Adrianne Lenker. Listen to their full uncut chat.

If there’s one thing setting Big Thief apart from other alt-folk bands, it’s their indivisibility. Big Thief moves as a single entity, animated by stunning songwriting and an uncanny ability to charm. Unlike previous Big Thief albums, which centre more on people and relationships, places and nature seem to stand more at the forefront of U.F.O.F. According to Adrianne, this theme developed organically as the band travelled more.

“[W]e still haven’t been so many places but I got outside of the bubble of America and I got to experience some different cultures, and more of the Earth, and so I think that must have something to do with it.”

Adrianne told Maia and Dan that although she’s the band’s songwriter, she’s always envisioned Big Thief as band without a central figure, and explained why she’d prefer not to be a front woman.

“I realise that as the songwriter of the band, I do contribute that… but we’re all just kind of stewards and caretakers of the music and we all offer different things.”

Adrianne went on to talk about her first love – the acoustic guitar – and how it separates her solo work from that of Big Thief. She also talked about what the future holds for Big Thief, and about soccer obviously. Catch the whole uncut interview up top.

Tune in to For The Record with Maia Bilyk & Dan Gordon every Wednesday from 12 midday.