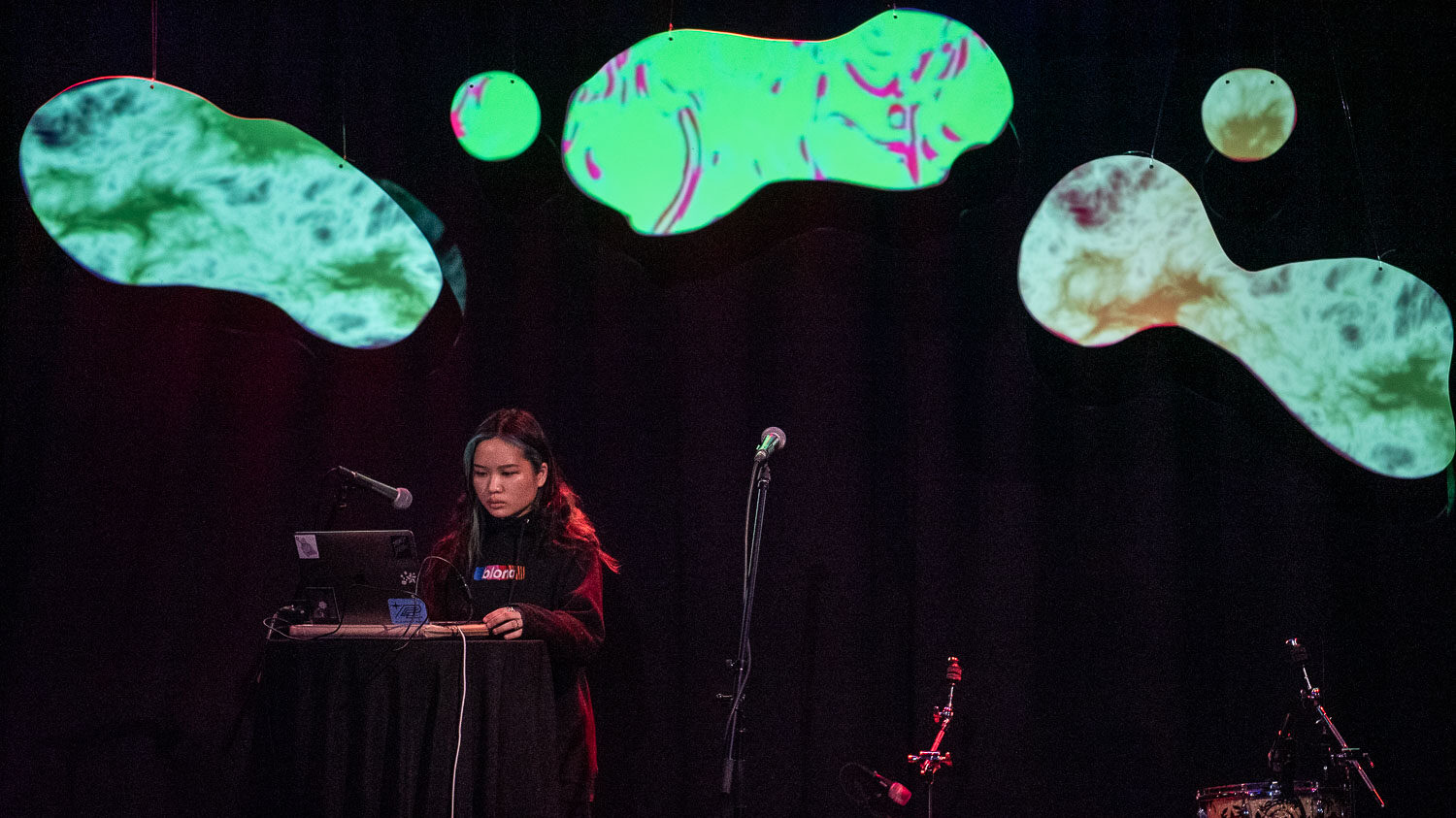 Fear is not usually a word one would describe the music-making process, but Wytchings (Jenny Trinh), is not your usual musician. An electronic artist hailing from Western Sydney, she is “indebted” to community music programs and the safe spaces that it cultivates, with this being the environment where ‘Wytchings’ came to be. In the lead up to FBi’s SMACS fest, Tanya Ali chatted to her on Wednesday lunch.

Her appreciation for music at a young age and its ability to bring people together prompted her to explore it further. This sense of innovation and adventure characterises her sound, in addition to being an integral part of her identity.

In creating her latest single Fata Morgana Wytchings decided to have fun with this project.

“I remember making the track in my bathroom, I was just sitting on the floor and I don’t really do vocals that much but I was like ‘I’m gonna try and channel my inner Mariah Carey’”

Trinh was not always this confident when she first started out making music. She was not only overwhelmed by the complicated music making programs, but was shy about sharing her “10 seconds of nonsense” with others.

It was with the help of the New Age Noise Collective (a Parramatta-based label) that she was able to find her voice and confidence in the music she was creating.

“They [New Age Noise Collective] were always so patient and what they instilled in all of us is that there was no set way of making music… that made me overcome my initial fear of starting in the first place, especially on the music making programs. Like there were all these buttons and I didnt know [music] theory, was I even a musician? But they were like ‘no no you don’t need to know all that, you’re on your own path, take your time.’”

Talking about her Soft Centre performance and collaboration with Red Rey and Leeroy, her bold and experimental approach to music-making came through with her desire to unsettle the audience.

“It was really funny seeing people get confused with all the sounds and being uncomfortable and laughing it off awkwardly… When Red and I met we were like let’s make this a real horror thing. Let’s unnerve people.”

Dare to be unsettled? Listen to Wytching’s new single Fata Morgana below and check out the interview with Tanya Ali up top.

If you’re wanting to make the most of the lock-down free life, check out PATAMON’s live debut performance, where Wytchings will be a guest.

WHO: PATAMON, Wytchings, Felix Lush
WHAT: PATAMON live debut performance
WHERE: Chippendale Hotel
WHEN: Saturday, July 16 2022 8pm
HOW MUCH: $15 + bf, $20 at the door tickets here