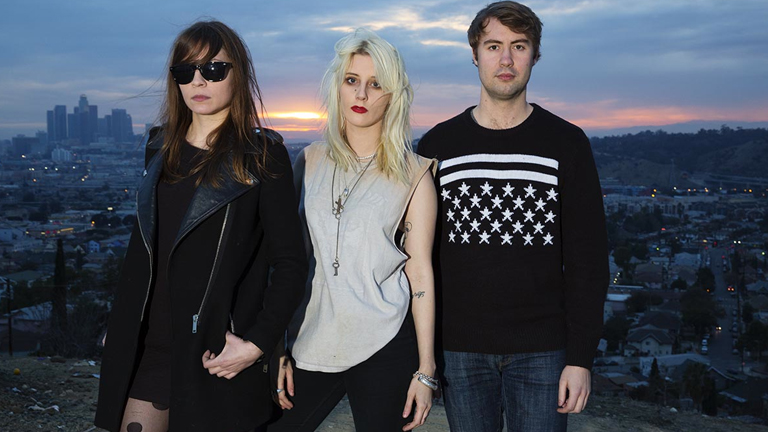 Mish Barber-Way, writer and musical badass, has never been afraid to discuss her vulnerabilities and concerns to a widespread audience. It’s little surprise that she touched on poignant political issues in her interview with Alex Pye last week, while in Sydney with her band White Lung for St. Jerome’s Laneway Festival. Mish opened up divisions within the feminist movement, her music and the pressures faced within the punk circle.

“For me, I feel like feminism is in a very contentious time right now, and I don’t agree with a lot of divisions that are happening. I don’t even know what it means anymore, honestly!”

The state of feminism, according to Mish Barber-Way, is at risk of becoming tainted by a conformist ideology and narrow-minded perspectives.

“I believe in feminism where you can read someone’s views that do not even come close to your own ideology, but that’s gonna make you a better feminist. I think we’ve lost that now, and that’s scary. There’s no debate – there’s no discussion. You’re shutting someone down because you disagree, and I don’t think that is going to do any good.”

Asked whether she thinks female musicians get compared and categorised more than male musicians, Mish’s response was: “Probably… But that’s because we’re more interesting!”

“Me being a woman is important to the way that I present myself on stage, the way I interact with my audience, the way that I write and the way that I speak. That’s a part of me and that’s okay to be mentioned. It doesn’t dictate my abilities, it doesn’t make me inadequate. But it does curb the way I move through the world.”

This bold personality behind White Lung’s frontwoman is unafraid to deviate from mainstream conventions. White Lung’s shift away from traditional punk sounds and conventions is a great example of this.

“I think that there’s a snobbery that’s reserved with rock and punk that has to do with progressing beyond the genre – or even getting hooky or anywhere close to mainstream. And that doesn’t happen in other genres. But there’s also this thing where you can’t keep writing the same album over and over again, because that’s boring and you need to challenge yourself.”

White Lung’s distinctive sound can be heard on their latest album, Paradise, out now.

Click the play button above to listen to the full interview.

Absolute boss lady Mish Barber-Way from @whitelungofficial was just in the studio chatting to Alex Pye on Mornings. If you’ve missed out on tickets to Laneway you can catch White Lung tomorrow night at @newtownsocialclub