The xx interview: Letting in “warmth & light” on I See You 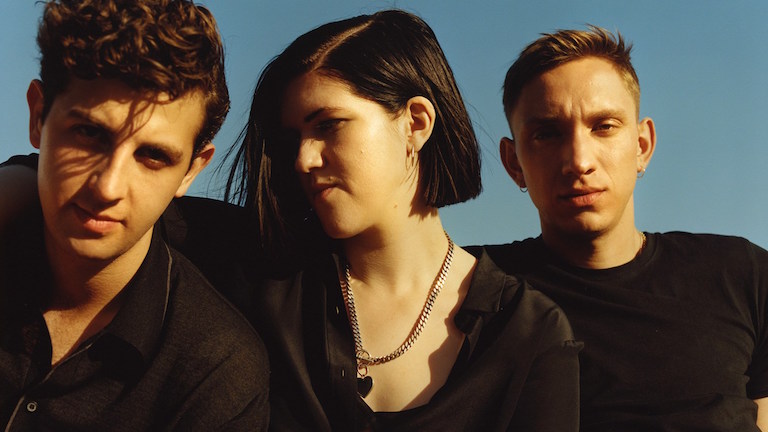 Eight years have passed since their monumental self-titled debut crept out of The xx’s London bedrooms and into the ears and minds of a global fanbase. Countless tours and recording sessions later, their third record, I See You, represents how they have progressed as individuals, friends, and as a band. The band – Jamie xx, Romy Croft and Oli Sim – sat down with Chris Twite and talked about how things have changed.

Warmth and natural light aren’t themes you would normally ascribe to the trio, yet the video for ‘On Hold’, the lead single for I See You, shows them in abundance. The band filmed in Marfa, a small, isolated town in West Texas, with photographer Alasdair McLelland capturing shots of sunshine, relationships, and wide open spaces.

“We really wanted to have a video that showed our friendship,” explains Romy, who went on to discuss how these themes coloured the whole album.

“It was definitely a conscious decision to incorporate the warmth and natural light and these things that I think people may not have associated with us before.”

The xx have, of course, changed as individuals between records. Romy discusses the difference between being 22 when they released sophomore album Coexist, and being 27 now – “you’re almost a different person in some ways.”

Despite having been best friends for more than two decades, only in the last few years have they opened up to each other about lyrics. Conversations about what they were going through would transition into songwriting, a far cry from exchanging lyrics over email back in the band’s early years. And while their communication has opened up, so too has their sound and style.

Discussing how they have transitioned as songwriters, Oli discusses being “hyper aware” of The xx sound when making Coexist, trying to mirror the “happy accidents” that led to the simplicity and space that coloured their debut record. The band let go of that for I See You. Romy describes the new record as being “made in daylight”, following the progression from their first record being a night-time record and the second representing dawn. Jamie discusses getting out of London and experiencing the “exact opposite” of what they knew, and how that influenced how they made the new album.

When asked about future records, Oli couldn’t commit: “It’s like asking a pregnant lady if she’s going to have another child before she’s given birth”. He did assert that once a song is recorded and released, it’s still not finished, as they continue to work on them for their live sets. To hear where the tracks are up to, stay tuned for their Australian tour announcement.

I See You by The xx is out now through Young Turks/Remote Control Records.

@thexx currently “on hold” with @twitey on FBi ☎️ Tune in now!

Dave is the Executive Producer of Arvos and takes your Ugly Duckling requests on Friday afternoons for Sweetie & Al.