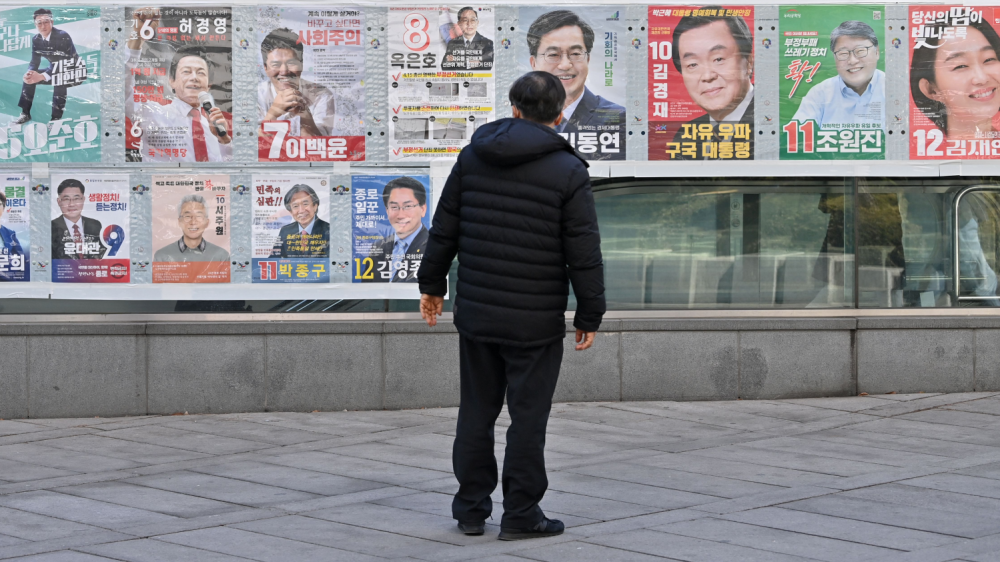 Each week on the Sunday Dispatch, Lindsay Riley talks with writers, activists and experts to better understand issues from all around the world. This week, he sat down with Korean writer and activist Ju-Hyun Park about the recent South Korean presidential election.

On March 9, the leader of the conservative People Power Party, Yoon-Seok-yeol, defeated Lee-Jae Myeong, leader of the formerly ruling Democratic Party in South Korea’s presidential election. Yoon won the vote by less than one per cent – the narrowest margin in South Korean history. Despite the closeness of the contest, Ju-Hyun said there are still lessons to be taken from this shift in political power, including the inability of the Democratic Party to respond to reforms pushed by South Korean labour and social movements in the months leading up to the election.

“We should absolutely take Yoon’s victory as an indictment from the electorate on the failures of not only Lee’s candidacy, but also the formerly ruling Democratic Party…Outgoing President Moon came to power on the promise to fight corruption and improve the lives of working people – most notably pledging to abolish casualised labour contracts, which almost half of all South Korean workers are forced into today. Long story short, he failed to deliver on a lot of these grand promises.”

Yoon’s electoral support, of which much came from the upper strata of society, speaks to the  housing affordability crisis afflicting South Korea. Property prices and rent have risen astronomically in recent years, Ju-Hyun explained, not only because of rampant speculation and consolidation by wealthy property owners, but due to the unique Jeonse system through which most renters must pay their rent. It involves tenants giving their landlords a lump sum upfront, usually for at least two years. Ju-Hyun explained how this combination of debt and rent has wreaked havoc for many South Korean workers already dealing with insecure and poorly paid work.

“Most importantly the Jeonse system is a key driver of household debt, because most people take out loans in order to pay this lump sum, which then puts them  in debt to the bank and in a situation that can pretty easily spiral out of control. Since Jeonse is pegged to a percentage of the value of a property, rising real estate prices also means rising costs, and therefore rising debts among the population, to the benefits of the banks issuing that debt.”

President Yoon was also weaponised anti-feminist rhetoric throughout his campaign, which garnered him support from many young, disaffected South Korean men. Ju-Hyun analyses this resurgence of political misogyny not only in the context of South Korea’s recent economic woes, but in the broader militarism and exploitation that runs throughout Korea’s history.

“In any gender analysis of Korea you must place it in the context of imperialism, you must remember that during the Japanese empires, Korea was the main source of women in the so called ‘comfort women’ sexual slavery system. When the US military came to occupy South Korea, they simply perpetuated the system by another name… particularly starting in the 1970s, the South Korean government became very directly involved actually, in the training and management of a large militarised sex industry that at, certain points the 1970s, was one of the primary sources of foreign exchange for South Korean. Which was then taken as tax money and was then further reinvested into South Korea’s industrial development.”

South Korea’s history of militarism, still significant in its society today, affects its relations with its Pacific neighbours. The tone of President Yoon’s campaign was noticeably more hostile towards North Korea and China than former President Moon. Ju-Hyun warned against Yoon’s eagerness for more aggressive military alignments with countries including the United States and Japan, and urged against open hostilities, as potential conflict would be disastrous for the whole region.

“South Korean has 600,000 ground troops that operate under US command under war time. If those troops can be deployed outside the Korean peninsula, that will mean a lot more fuel for what’s already a tinderbox situation.”

To keep up to date with South Korean news and activism, and learn more about its history, check out Ju-Hyun’s group Nodutdol. Find the Nodutdol Instagram here.

For more interviews like this, tune in to the Sunday Dispatch from 8:15am each week on the Sunday Overhang with Lindsay Riley. In the meantime, you can listen back to Lindsay’s full interview with Ju-Hyun Park up top.