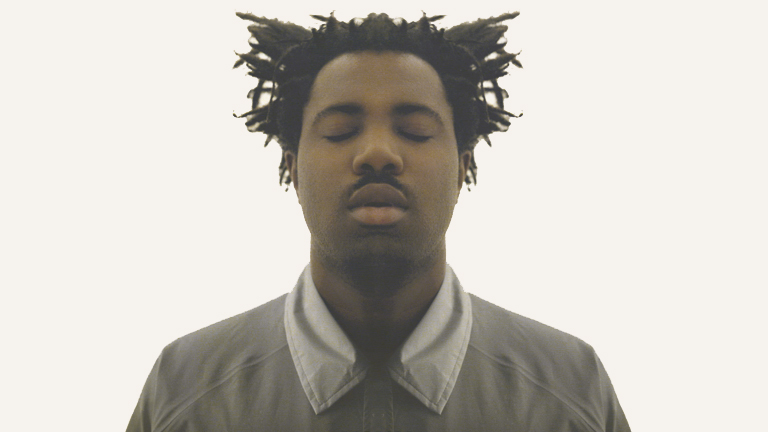 Sampha is a name and a voice that we’ve come to love over the last 7 years, but we’ve only ever got him in small doses. Since his vocals first drew us in on SBTRKT’s 2011 self-titled debut, he’s released collaborations with the biggest names in the business – Kanye West, Drake, Solange and Frank Ocean. Yet only now are we finally gifted with a record that is entirely Sampha’s own: Process.

Ahead of the release of Process and an Australian tour featuring two sold out Sydney Opera House shows, Sampha spoke to Chris Twite on Arvos about his evolution, those collaborations and his questionable fashion choices.

“It was very much a feeling – before I actually put the marker down, I just felt that I wasn’t ready to release an album and do all that I assumed would go along with an album, playing live and doing promotional stuff and just putting myself out there like that. It feels good that I’ve made it here and that I’ve got the ball running. Now I’m here with the finished record!”

While Sampha’s best known for his restrained, soulful vocals, singing hasn’t always been the focus for him.

“I’ve been singing from a young age, and I sang in choir. But when I was a teenager, production really took over for me consciously. I would sing, I would make beats on the computer. Then I would go to the piano and sing, but it was very much a personal thing for myself, like a cathartic thing.

“With the production, I always had the idea of, ‘oh I’m gonna make this, I’m gonna upload this, I’m gonna show this’. But when I was writing songs, I didn’t want to show a song to someone. It was quite a personal space in comparison, and I personally wanted my production to be at the forefront. But you know, just me as a person, I just enjoy singing and vibing. I guess when I hooked up with SBTRKT, we started producing music together and eventually I’d start humming and it would turn into words and me singing in the mic, and songs would form. Things were kind of out of my control.”

“I think the album reflects who I am. I think back to how I started producing in my parents’ home, and how I would go back and forth between the piano and the computer.

“It is very much a representation of what I do and where my head can be at – where at times I can be in this chaos, and then I can bring things down to a minimal, clear or calm sort of place.”

His solo work is the main focus right now, but Twitey and Sampha did discuss his recent collaboration with Solange.

“I actually started working on with her in 2013, so quite a long while ago, and had such a great time. We went to Ghana, New Orleans, Staten Island… looking back, it was a really fulfilling experience I think. Very fond memories, a nostalgic feeling. She was really cool to work with.”

Shedding some light on his puffy white outfit in Solange’s video for ‘Don’t Touch My Hair’, he said:

“It’s a duvet. It was a very nice duvet – one of those big nice fluffy, plump duvets. Solange and the art director that she was working with were like, ‘how do you feel about wearing this?’ and I was like, ‘maybe…'”

It’s a strong aesthetic, and Sampha explains that visuals play a strong part in his writing process.

“In the studio, I’d stay at the piano for a long time with projections on the wall… watching something like waves crashing, or a weird movie. I’d sit there for a long time and just sing, sing, sing, and write and write, and listen back to it and hear a song 45 minutes in that sounds like something. Some of the tunes I sort of wrote at home and I’d bring them in and work on them, but I sort of jumped between the two.

“I might just go on YouTube and mute whatever I might be watching and write to visual things, I guess. It’s kind of the way I write, I write visually when I’m singing, and sometimes not in an extremely direct or particularly linear way. Kind of like, little visual pockets, sort of thing. Building a mood.”

Finally, Sampha spoke about the power of music.

“Music is universal. Through the harmony and production, you can feel without understanding a word. My experiences come through that. It’s amazing how a particular sound or harmony or melody can make you relate to something that’s going on or a feeling that you’ve had, and articulate something you’ve felt in your life.”

Sampha’s album Process is out now through Young Turks / Remote Control Records. It’s our Album of The Week on FBi 94.5fm. 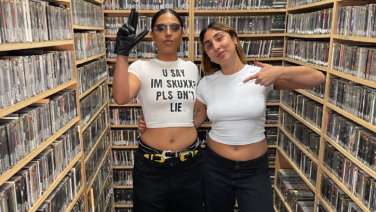