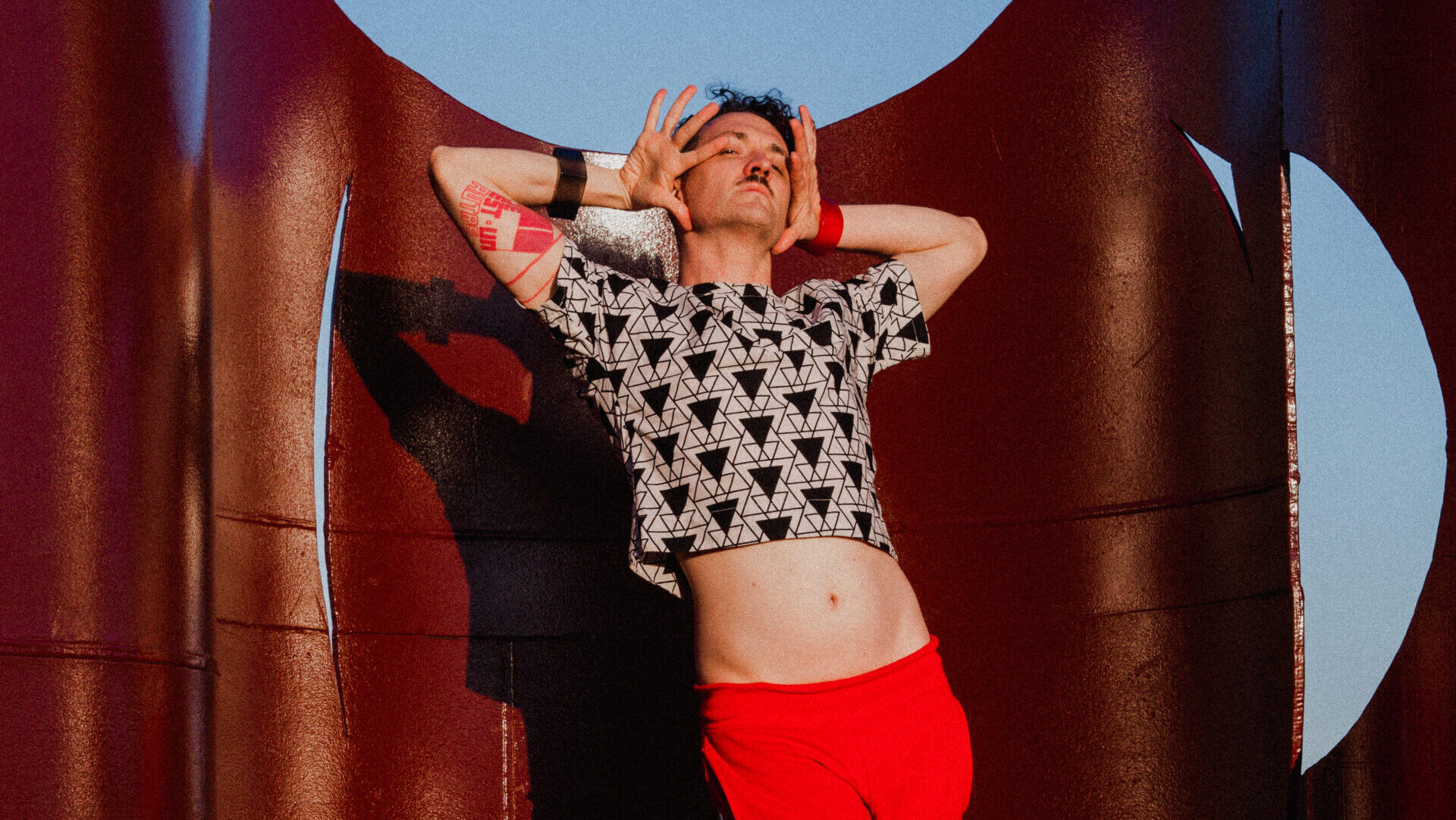 A gratifying practice of deep listening combined with intensive labour creates the unique musical world of Rowan Savage. From Kombumerri Country located in Southeast Queensland, Rowan explores experimentalism, Indigenous Futurisms and queer club music  through his work as a sound artist, DJ and performer. This week Rowan spoke with Race Matters on the sensory engineering of Deep Listening, his latest album and the recently-concluded exhibition Nura: Deep Listening at Cement Fondu.

Earlier this year, under the moniker salllvage, Rowan released his multilayered album Deep Gecko Energy, which explores musical textures of rhythm, sludge, bass and dub. The album explores themes of Country and culture across five tracks. Through Deep Gecko Energy, listeners are sonically shifted into an odyssey of energy and deep spiritualism that is a product of intense soundscaping by Rowan.

“I’ll take field recordings of my country, Kombumerri country, clean them up, turn them into usable sounds in a club context, making a kick or a bass line out of something like the sound of a stick hitting a tree and bring everything together.”

For Rowan, the practice of using field recordings and Deep Listening as a process for art curation goes beyond just sound-making. They’re an essential means to forge a relationship with Country and culture. The ongoing and violent legacy of colonialism has impacted  the erasure of First Nations cultural production and for it to be removed from its context. Rowan spoke to this in his conversation with Race Matters.

“A lot of our culture and traditions have been smashed by colonialism and are therefore not as available as they otherwise would be. I was always a sound person and the practice of taking field recordings was really about Deep Listening for me and recreating those relationships with Country and to provide value to this foundation. These are sounds that I actually hear every day where I live and it’s a privilege to have the permission from traditional owners to work with these sounds.”

With the intentions of strong fidelity in his work, Rowan attempts to restore Indigenous storytelling in an anti colonial context through interweaving natural sounds into his experimental style of music.

In some ways, the creative process that brought the album to life has allowed for a sense of departure from overstimulation. In its place are Rowan’s intuitive escapades and meaningful experiences through sound making.

“Where I live there’s birds, cockatoos, lorikeets, and kookaburras that I hear just outside my window and sometimes when I’m working on my music, I can’t tell if the sounds are coming from the birds in my recordings or birds outside my window. It’s really attuned me to not only what’s going on when I’m on my Country but also to my general experience of how it is to be in the world as well.”

Music producers are often challenged to know when to say “stop”; resisting the urge to revisit and rework their masterpiece. Rowan often replicates any memorable sounds that he likes in his music by pulling them out and transforming them into various contexts so listeners can be a part of an ongoing world of familiar sounds and textures rather than just one discreet piece.

Just last week, Rowan’s oeuvre titled “Janyang/ Gawal (in my tongue)” was on exhibit at Cement Fondu alongside work by Barkindinji artist Maddison Gibbs as part of Nura: Deep Listening, a First Nations led art curation. The exhibition was a culmination of distinctive practices of art, faithful hearing, recording and listening to create a truly inviting experience on the care of Country and culture. The process of curation, included intensive work of respectful sound gatherings from Dharawal language recorded in collaboration between Rowan and the Gujaga Foundation, storytelling, kowledge  and conversations led by Dharug Elder Aunty Julie Clarke – Jones (Webb). The idea behind this spatial practise at the gallery was to use natural materials to create an unexpected experience for the audience and nurture their curiosity, Rowan shared.

“We both brought this idea of using natural material which was then mutated in some way. When you look at Maddie’s work, you can see these spirits that she’s created from wood. And with my work, I like for the original source of the sound to still be apparent, so I don’t want it to be edited so much that it sounds like it could have come out of a synthesizer, but I also want it to sound a little mutated, uncanny, or robotic, which is about having the Indigenous futurisms approach.”

As a First Nations artist, Rowan is consciously attempting to navigate a greater space for Bla(c)k artists in the sound-making scene, but this becomes a challenge when people in the industry can, at times, feel tokenistic.

“People want you to because they want a First Nations artist for the purpose of diversity, but then they have an idea in their head of what they want but you may not fit that in where you are coming from as an artist.”

Leading sounds and melodies into unexpected directions through his work, Rowan’s sensory output into the modern world vibrates the vital restoration of Indigenous art, storytelling, Country and culture.

Listen to Rowan’s latest album Deep Gecko Energy via Powertrip records, and look forward to his new track Gaguru Revenant on the New Weird Australia compilation Fragile States, out now. You can check out their chat on Race Matters up top!