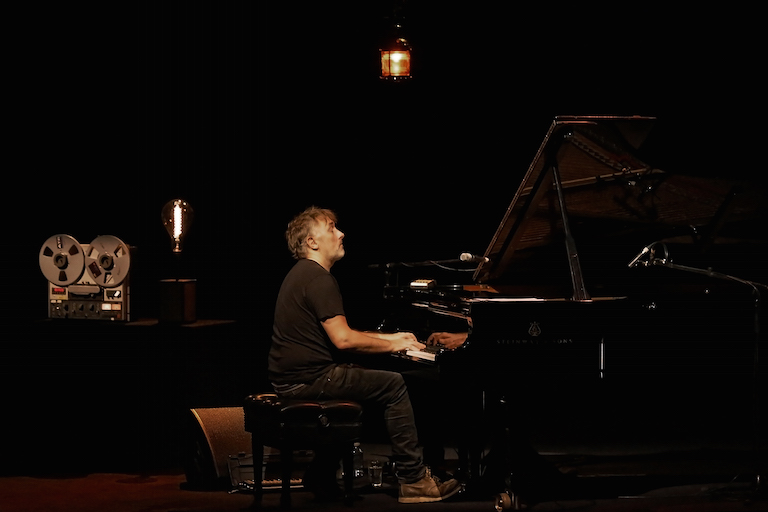 Yann Tiersen lives with a lighthouse outside his door. For more than 15 years, he’s been a resident of the French island of Ushant – a 16-square-kilometre speck off the north-west of the country, where more than 50,000 ships pass back and forth via the English Channel.

The isle’s extensive maritime history means that even certain rocks hold a protected status. The flightspan of 400 different kinds of bird can be tracked across Ushant – and some of these make a cameo on Tiersen’s latest album, Eusa (which is the Breton name for his island home).

With his recent record, the French musician wanted to create a musical map: layering in field recordings of life around the island, so that each song feels like a snapshot of the place where he’s recorded most albums throughout his career. Rolling waves, birdlife and other salt-air soundtracks are whispered across the piano solos that drive each song. It brings his Eusa project full circle, given that it first began as sheet music you could buy, complete with co-ordinates and pictures to channel Ushant’s landscapes.

So, even though his Sydney Festival gig took place at the Sydney Opera House, it felt like a wayfaring trip across Tiersen’s Breton home. The unassuming French musician, dressed simply in a black shirt and jeans, sat down at a Steinway piano. The stage was barely adorned by a few exposed lightbulbs and a reel-to-reel tape player that unspooled background noises from Ushant: wind gusts, bird calls and the lurch of ocean waves. Tiersen began as Eusa does, with field recordings from the island and French spoken word overlaying the lonely piano notes of ‘Hent 1’, following with ‘Pern’, its rise-and-fall tinkering echoing rolling coastal waves. 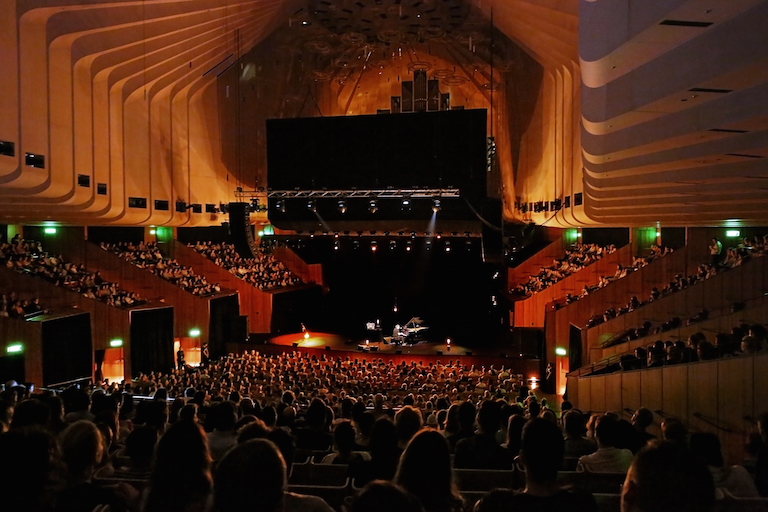 The set list also diverted to some songs from the Amelie soundtrack – the 2001 record that made him world-famous (and sold millions) and is a key reason why the gig is sold out tonight.

Tiersen avoids the jaunty, piano-accordion cheer of the album’s Paris-cranked-up-to-11 feel, though, opting for the more somber songs from Amelie. Like ‘La Dispute’, with its lonely pauses and its seriously downer notes conveyed via the melodica he picks up during his first encore. Or the piano version of ‘La Valse D’Amelie’, an introspective, bittersweet take on the film’s signature song (which appears in two other formats on the soundtrack: an upbeat orchestral burst and a yes-it’s-set-in-France-so-here-comes-the-sprightly-piano-accordion interpretation). Not that I’m complaining – the songs are an instant flashback to why that movie soundtrack’s charm and melancholy forged such an impression back in 2001. Can I remember the last time so many people bought a record that was spun purely out of piano and accordion fragments?

With the exception of the beachside sounds from Eusa, the performance is incredibly pared-back and minimal. It’s just Tiersen, barely lit, eyes closed, drawing out note after wandering note from the piano. Even his banter is stripped back – only varying from “thank you” to “thank you very much” throughout the gig. (This becomes an accidental running gag and the audience actually laughs at his umpteenth “thank you” near the set’s end.)

The melodies ripple along like the stones skipping along the Canal St-Matin in Amelie, and while most of the set is evocative and transporting, a sameyness does slip in, given how similar the piano solos can be. In the bag-check queue, I heard the woman behind me admit that she did zone out and think about what she had to do back at the office. At times, I wondered if the song being played was ‘Porz Goret’ or ‘Lok Gwetz’ or ‘Penn Ar’hoch’, because, frankly, they sound a little similar. Plus, Tiersen would bleed the songs into each other, so the set felt like long marathons of wistful piano. Sometimes he broke it up – with a bracing violin interlude or the playful clank of his toy piano. But for the most part, it held your attention.

There was something mesmerising about how these singular notes could propel an audience onto the shoreline of an island off the mainland coast of Brittany – a place that Tiersen had mapped for us via intricate, expansive, path-wandering melodies.