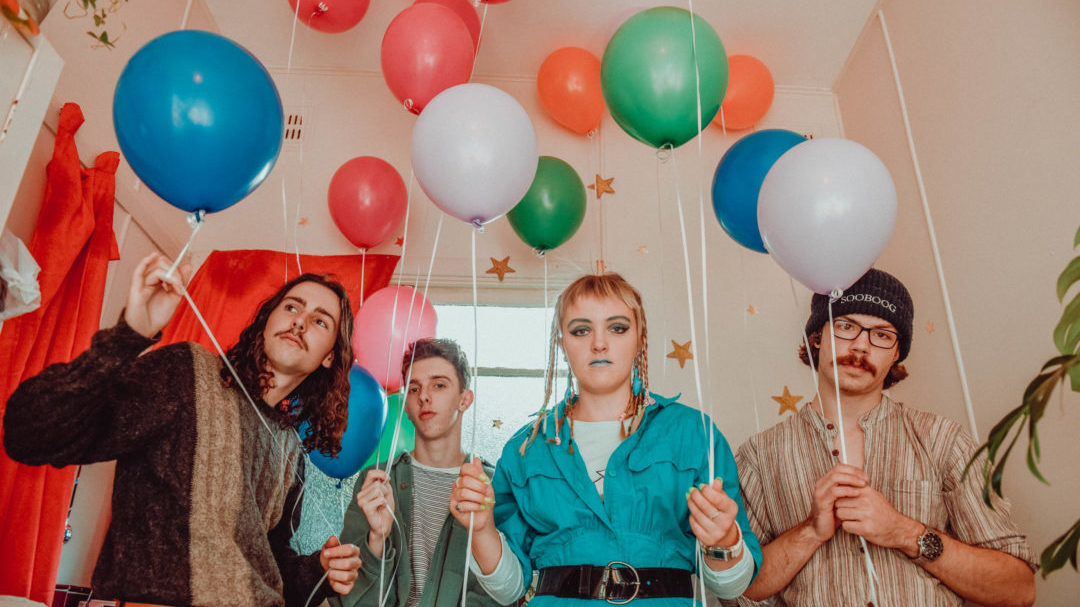 Spit Chewy premiered their latest single ‘Afterparty’ on Arvos with Darren Lesaguis, and you can see the video here first.

Spit Chewy was formed, like all legendary bands, in a garage. Anna, Liam, Josh and Tom met at a high school party before promptly rolling out ‘Jimmy’ and ‘Grunge is My Religion’.

What we hear in ‘Afterparty’ is a new artistic direction for the band that leans more into indie pop, with a touch of beachy rock angst.

The song starts upbeat, with a twangy riff that slows down in the chorus, just like the lull of partygoers breaking off when the sun rises. It questions what we do when we know the afterparty will wrap up soon but want the fun to last forever. It is reflective, starry-eyed and sobering; a representation of the teenage memories we cling onto years down the line. In Anna’s own words:

“The song is meant to question what we are really doing wasting our youth, or in a way giving us a reason to see sense in it. I do like the idea of ending a school term with streamers but it also makes me sad in a way I can’t explain.”

The song and its video (below) capture this adolescent ambivalence perfectly – restless riffs give voice to the restless energy of party-goers, trying to hold on to the elation.

While we eagerly await their first EP, we’ll have ‘Afterparty’ playing non-stop.

WHAT: Permanent Hermit Tour
WHO: Spit Chewy supporting Ruby Fields
WHERE: ANU
WHEN: Friday June 7
HOW MUCH: $30.68 – more info and tickets here