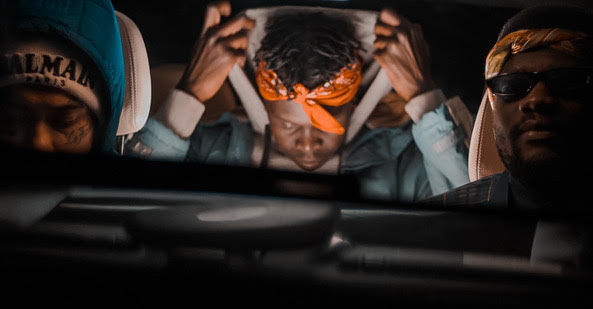 Featuring bars from Rico Pacino and Big Skeez, ‘Murdahh’ drives by with a beat that demands that your body bounce along. Taking a small step away from his usual trap stylings, Lil Spacely has ventured into a more soulful space. Dark gospel glazes the top of the song; almost transforming his lyrics to a sermon. There’s a sure sense of nostalgia running throughout the track.

“We tried something different bringing sounds back from my childhood, hearing records and sounds from my parents record collection in Africa to moving to Australia, giving it that 90’s flavour and adding a different flare to my previous heavy rap-trap releases.”

Lil Spacely is a prodigy in his field, first grabbing our attention with his debut single ‘You Know It’ back in 2017. Practicing what he preaches, Lil Spacely still “grinds for the money”, featuring regularly on Spotify playlists such as A1 Hip Hop and attaining global recognition on Zane Lowe’s ‘Beats 1’.

Lil Spacely’s stories are rooted in Western Sydney, and explore the highs and lows of his life growing up there. Spacely says his teen years were spent with “too much time on his hands and not enough guidance”, which has afforded him the life experiences he shares in his music.

As is his style, Lil Spacely is sure to continue making waves. Catch him before he explodes.

You can listen to ‘Murdahh’ here, or catch Lil Spacely live (deets below).