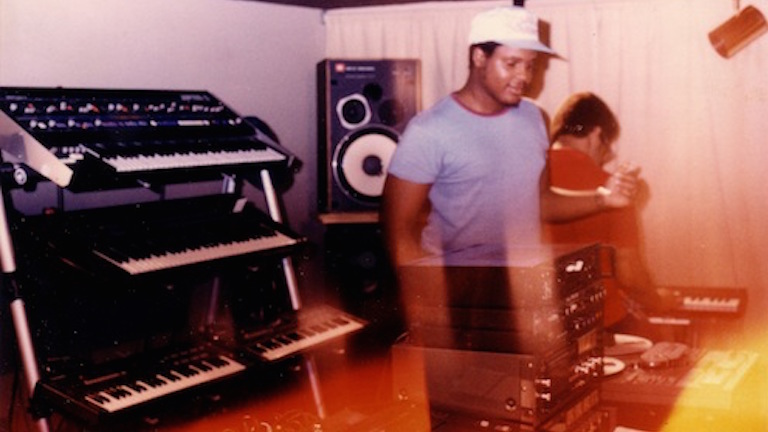 Dream 2 Science has had many monikers over the past quarter of a century. He’s also known as Cozmo D, Push Pull, Cellar Boys, Newcleus and more – but his real name Ben Cenac. Fresh off the plane from New York, the house music pioneer paid a visit to Thursday Sunset ahead of his Picnic Social show last week. He spoke with Kato about his humble beginnings in house music almost 30 years ago, while Mira Boru looked after a mix covering a few of his aliases.

Although house music wasn’t playing on the radio in New York, the city was still a ‘house town’. Cenac recalls how it all began in the informal park party scene – but once that era stopped, house DJs began playing regular club nights. So for him, it was a “natural progression into house music” from the electro and hip hop scenes he started out in during the 70s.

“It was very informal, and that’s the kind of person I’ve always been. If I have to put on a suit or dress up or put on shoes, it’s likely I’m not coming.”

Ben Cenac also has some ties to Sydney, releasing a package of old unreleased material through THUG Records back in 2013. Cenac saying, “It’s just gone gangbusters, which makes me feel good. It’s still old material, but it feels to me like the formula still works. It’s not stuff that people have been living with for 25 years. It’s brand new to them and they still love it.”

Check out the whole interview and a mix of Cenac’s tracks from several aliases above.

Dream 2 Science came by Thursday Sunset to say 👋 Stream their chat back on demand at fbiradio.com/programs OR catch him live at Jam Gallery this Friday for @picnicstuff ✨