On the phone with Andrew Savage of Parquet Courts: “Did I say all that shit?” 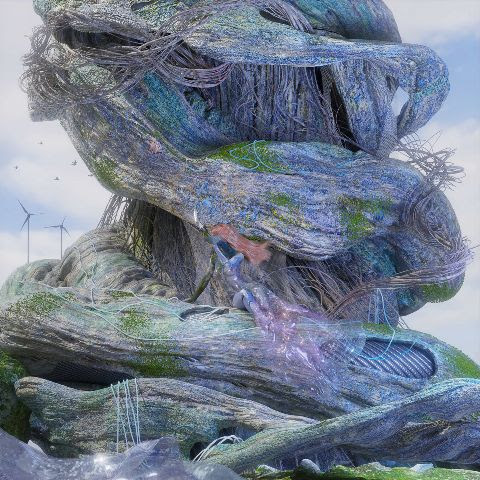 In a special episode of For The Record, Maia Bilyk spoke with Andrew Savage of Parquet Courts, breaking down their sixth studio album Wide Awake!.

For the Texas punk outfit, each of their albums has to “change for the better” and this was the first time the group had recorded with a producer. However it was Brian Burton – AKA pop musician Danger Mouse – who reached out to the band first. Unconventional as their collaboration may be, Savage liked how it “didn’t make sense” and compared the experience to having a personal trainer – not that he’s ever had one.

“Someone who tells you not to quit, motivates you, screamin’ in your ear like ‘five more!’ Something like that.”

No doubt influenced by the presence of a different person in the studio, there’s a change in sound on this album. Austin Brown wanted to write songs that were more vulnerable, while Savage didn’t want to write another ballad heavy record. And so, they’ve birthed an album that is both their silliest and most serious to date.

Its goal? To challenge you to get up and dance while also “empowering the body through resistance”. When asked about this ambiguous resistance, there is no life changing moment that inspired the album’s narrative. But it’s no surprise that Savage gives a shout out to Donald Trump and the post-election space we live in.

“I think it’s engaged people in a way that previously they weren’t. It made a lot of people realise how important that engagement is and maybe it was taken for granted.”

But Parquet Courts are cheeky and have kept things light-hearted. Certain lucky fans were given a wake up call to premiere the album’s title track. For the record, Andrew apologises and says that he got one too. When Ellen DeGeneres invited the band to perform on her show, they delivered a performance that literally made no sense at all. For the hell of it, Jarvis Taveniere from Woods played with a giant clothes peg, because why not?

“Well I do like to think of us as pioneers. I guess there was a big 25-50 year old female demographic that we didn’t have. I don’t know what the answer to it is because it’s so weird, it didn’t make sense at all. I like weird shit like that.”

To hear more about that infamous Ellen performance and how Andrew Savage approached this album’s cover art, listen to the full interview above.

Listen to Wide Awake! on For The Record with Dan Gordon and Maia Bilyk here.