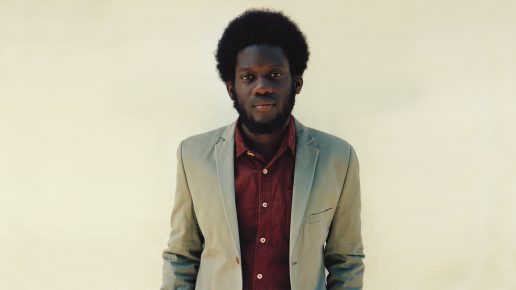 On a whirlwind trip for Splendour in the Grass, British soul singer Michael Kiwanuka stopped by FBi for a chat with Chris Twite. Touring on the back of his sophomore album, Love & Hate, Michael also treated us to a live version of the title single.

Speaking of his festival experience at Splendour, Michael said: “If I’m playing a bit later, I’ll always try and just get out into the festival and walk around and soak up how Australians do festivals. I check out bands too, that’s one of the funnest things to do at festivals. Splendour was wicked, it’s a great festival. It’s massive, I didn’t realise how huge it was.”

After a four year break between releasing albums, Michael explained to Chris:

“After the last tour, it was really trying to work out a second album and work with people and work at home. It was quite a journey trying to find out what I wanted to do or what this record should be. That basically is all I was doing. I did a few little collaborations, I put something out on Third Man Records label with Jack White.”

Listen to the full interview and live track above.