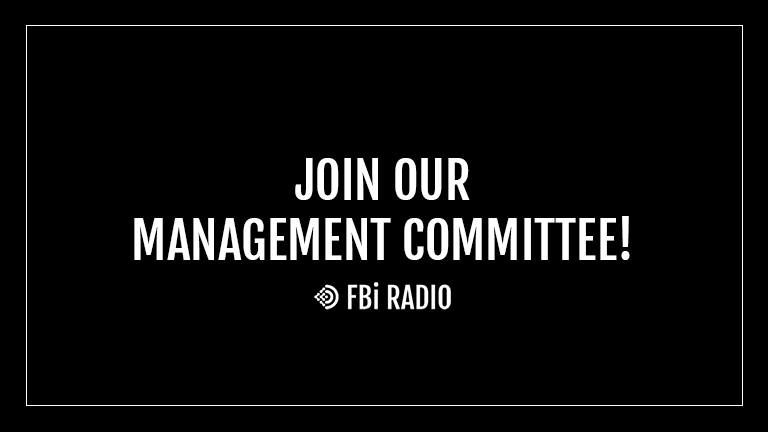 FBi Radio believes in the transformative power of music, arts and culture to inspire young people, foster community and bring positive change to Sydney and the world. As Sydney reforms and regathers we want to build the community around FBi stronger than before, and are inviting champions of Sydney Music Arts and Culture to join our Management Committee.

As a member of the Management Committee, you’ll meet once a month, represent FBi’s community in decision-making, and support staff to deliver our ambitious and inspiring strategic action plan for the next three years.

We want to keep the creative heart of Sydney alive.

About The Management Committee

Like a lot of community organisations around the country, FBi is a membership based, incorporated association which means that it is required to be governed by a Management Committee.

The Management Committee are volunteers elected by FBi Supporters each year at the Annual General Meeting. To be able to be nominated or to vote for someone at the AGM, you must be an active FBi Supporter by the time that formal notice for the AGM goes out. This year, the formal notice of the AGM will be circulated to Supporters on November 10.

The Management Committee is made up of 11 members, including:

Read about the individual positions here

Each member is elected to a three year term, except for the Vice-President (Youth) positions who are on a rotating schedule of two years. This is a new structure that was introduced during the 2020 AGM to secure more youth voices on the Committee and to be able to allow young emerging directors to join on a more realistic commitment for their first board style position. . The Vice-President (Youth) Positions are encouraged to stand for office bearer or ordinary member positions after their two year terms.

The Management Committee works hard and all members are passionate about the station. The Committee meets monthly and has a number of additional out of session meetings with staff, volunteers and the FBi community including across a number of FBi’s Working Groups, to provide industry advice, operational and governance experience and admin support.

Ultimately the Committee is able to fill gaps, act as a coach and add value where staff need it, while representing the membership base’s needs and values. The Committee is also responsible for keeping the station solvent. Here’s a bit more information on what you can expect.

What does FBi look like for the next three years?

As Sydney opens back up, we’re excited about the role that FBi Radio can play in reinvigorating the community and rebuilding the city with opportunities to connect, share and create. We want FBi to be central to Sydney’s comeback.

In the next three years we’re also looking at new avenues for people to engage and interact with FBi, new placemaking across digital and physical spaces, new opportunities for arts and culture to be shared, and building a safe and equitable station for all young people across the city. 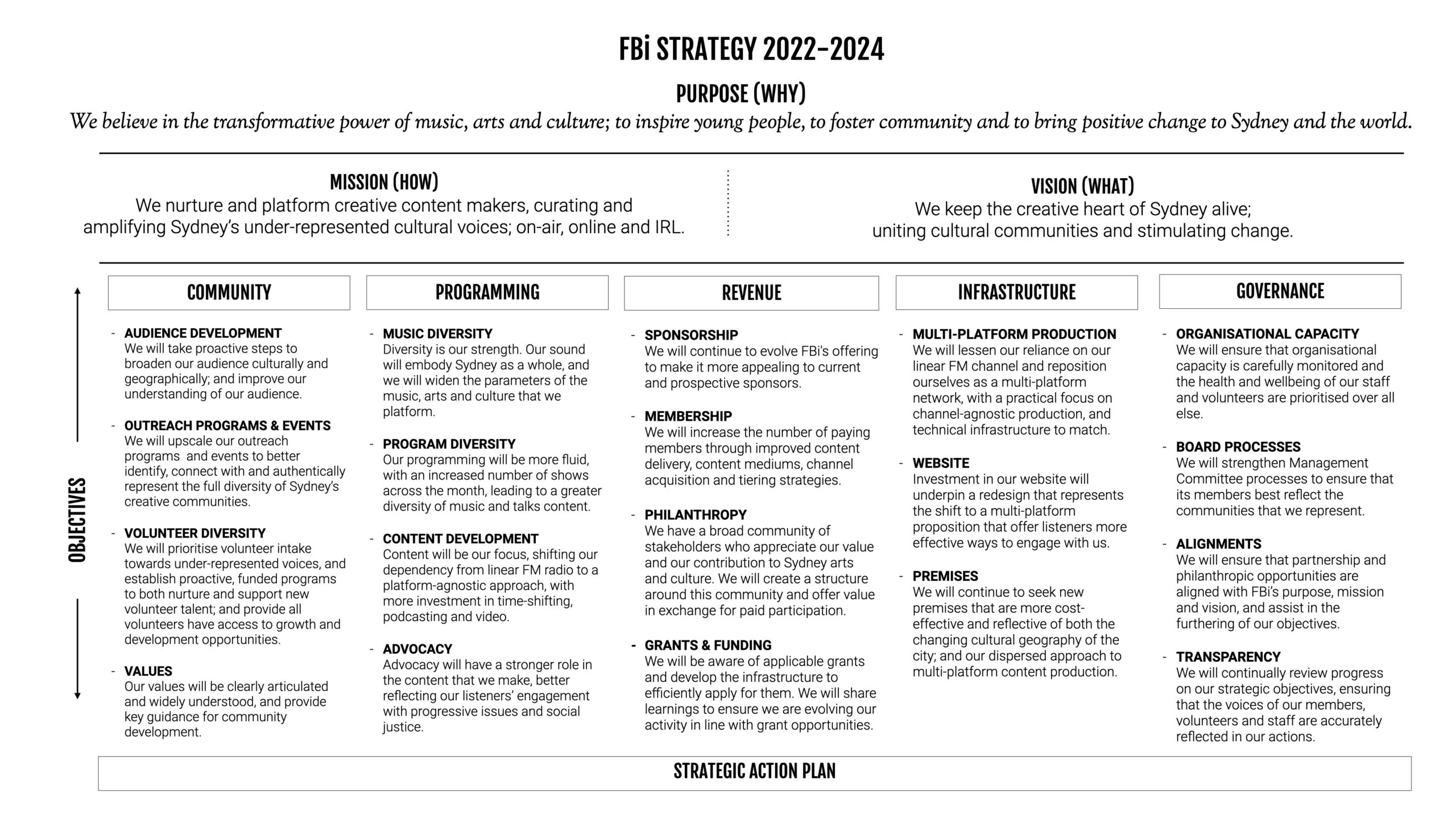 Who are we looking for in the Committee?

FBi Radio is passionate about Sydney, and local youth culture all across the city. We’re looking for people who share this passion.

FBi Radio strongly encourages expressions of interest from First Nations peoples, and people of all ethnicities, genders, orientations and abilities.

How to Apply & Key Dates: