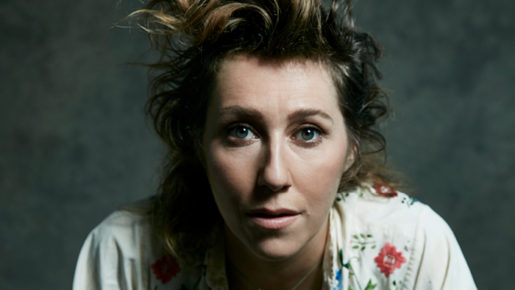 Martha Wainwright is one of the few who can say that they were born into music.

The daughter of Canadian folk artist Kate McGarrigle and American singer-songwriter Loudon Wainwright, Martha hardly had the option not to pursue music – along with her brother Rufus.

With a new album and an Australian tour underway, Wainwright came into FBi to pay tribute to the legends that helped pave her path. The Canadian-American folk artist discussed the importance of folk music, family and cover songs on this edition of Tune Up with Stuart Coupe. The daughter of musicians Kate McGarrigle and Liam Wainwright, she also performed a touching tribute to her mother’s classic ‘Talk To Me Of Mendocino’ live in the studio.

With an emphasis on the integral part that covers play in folk music, Wainwright felt right at home on Tune Up.

“Folk music comes out of just singing covers, not writing your own songs. That’s still a big part of the foundation of who we are and who I am as a songwriter.”

Wainwright touched on the importance of revisiting classic compositions and making them your own.

“There’s no point ruining something fantastic just for the sake of it  – but there’s always room to explore musically with these great songs.”

Yet despite constant development and refinement of her craft, it’s her most personal influences remain most relevant.

“I’ve always just been a singer. My brother and I were steeped in music of the past, and we always sang a lot of American songbook songs. [We sang] a lot of jazz songs and classical music as well.”

With her latest release, Goodnight City, the importance of connecting with close ties continues.

“I asked these people that I’ve known for many years to write or to contribute songs with me in mind. They’ve never been recorded before; they’re kind of like original songs.

“Basically, I tricked these great songwriters into writing me a song, and they didn’t really realise it.”

With a rendition of ‘Talk To Me Of Mendocino’ that will make your jaw drop, the comparisons between her and her late mother become more than apparent. The performance is sincere, raw and unforgettable. Listen above.