Interview: ‘The Living Man’ by Party Dozen one year later 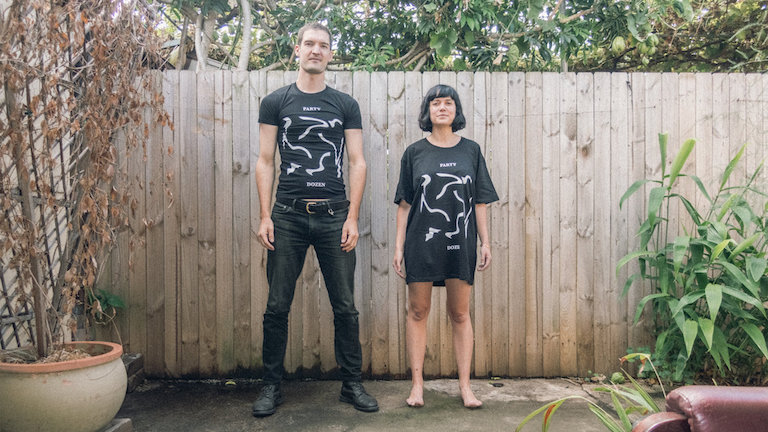 It’s been a year since The Living Man by Party Dozen came out, and the duo caught up with Dan Gordon and Maia Bilyk on For The Record to chat about what’s been going on since.

Party Dozen are known for taking saxophone and drum kit to the extreme. When you put the drone, noise and chaos aside though, you see a band with a unique sonic relationship. Kirsty Tickle and Jonathan Boulet have been working together creatively for the last eight years but it wasn’t until they took to the instruments they’re best at, that they stumbled upon their most satisfying and unapologetic creative venture.

“Party Dozen shows for us are probably the most exciting of any of our projects, because it’s a band that doesn’t need to rehearse. We don’t need to practice things a million times and get sick of them. So every time we play is just another version of that song, we can take it any way that we want to” explains Boulet.

It takes real skill for an improv group to do it well – being creatively unfettered while still keeping listeners in the car with you. But there’s more to making a Party Dozen song than jamming until they strike gold. Jono and Kirsty’s individual pop backgrounds and knack for hooks are what makes the group stand out from the noise – and there’s got to be a method to the madness.

Kirsty: “Jono said this really amazing thing, where he said one day that he thinks about Party Dozen records in the way that we’re making them and will continue to make them, in a full spectrum of colours. If it doesn’t satisfy a spectrum of colours, it’s not satisfying the project.”

And there was so much more to this chat, including PD’s take on the state of Sydney music, Grinderman and the chance Berghain woodwind encounter that brought Party Dozen into being. Check it up top!

Catch For The Record everyday wednesday at 12pm!