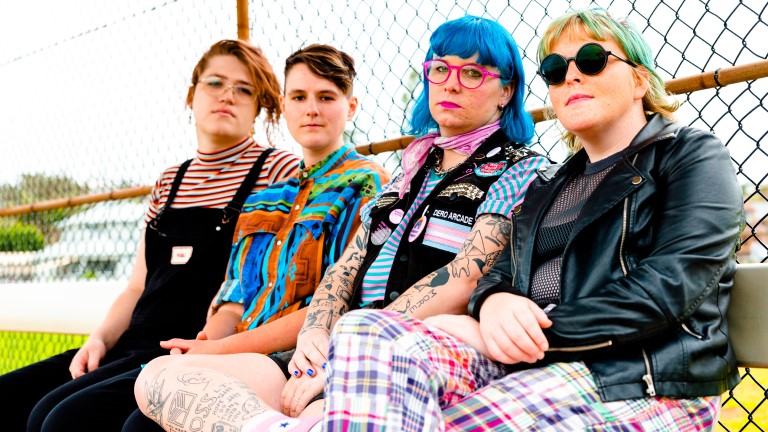 Queer pop dreamboats Sports Bra return for their second album, Talk It Out.

Fresh from their first national tour and performing at Secret Garden, Sports Bra’s dreamy, lo-fi pop-punk has returned to Sydney. Sports Bra began in 2017, based around the shared songwriting of Allison Gallagher, Naif Jamie and Zoe Lane. Taking influence from acts like P.S. Eliot and Built to Spill, they quickly recorded their self-titled debut after recruiting drummer Kate Salt.

Their second album, Talk It Out, is an anthemic collection of songs about survival, resilience, queer bodies and the relationships we form around us. Standout single ‘Little Beast’ offers a slice of pop-punk that’s first vulnerable, then uplifting in equal in measure, with a hook that feels preternaturally suited to Sports Bra’s already phenomenal live show.

Catch Sports Bra’s headline show on the 24th at the Red Rattler, and check out ‘Little Beast’ below: