Independent Artist of the Week: A.GIRL 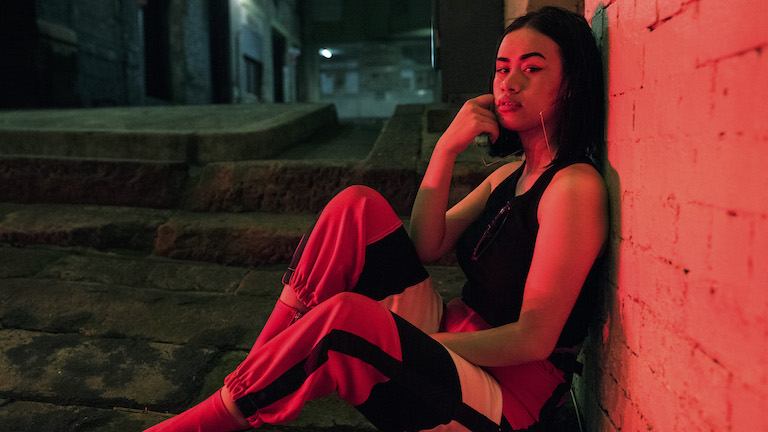 Straight off opening the Sydney leg of Listen Out, Granville’s A.GIRL is 19 years young with two fresh, confident R&B tracks – and plenty more to say.

Like so many teens making accomplished music at the moment, Hinenui-Terangi Tairua has already experienced a bunch for someone only just seriously starting out.

On a visit to the studio last month, A.GIRL told us of her childhood spent playing in the family reggae band, knowing pretty quickly that music was her calling. She soon switched up to a love of pop and then hip hop before starting to write her own songs.

A change of artist name this year has marked a new chapter for A.GIRL, with two solid singles out in as many months.

Between ‘Play’ and ‘2142’, A.GIRL has taken her major inspos (The Weeknd, Doja Cat, Jhene Aiko and SZA) and channelled her inner sultry woman on the former while addressing her observations on disparity and real life struggles in the area she’s grown up on the latter.

After hitting up Bigsound and Listen Out, A.GIRL’s keen to keep flexing her vocals and reveal different sides to herself with her consistently smooth production. With her debut EP not far off, she’s given us an exciting taste of what’s set to be a new, important female voice on the scene.