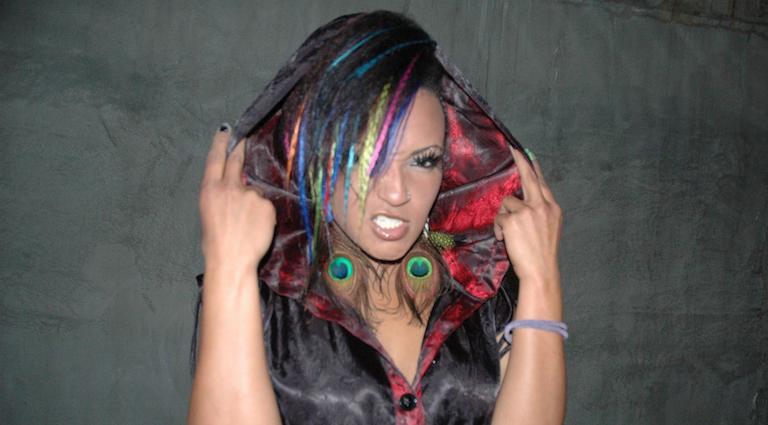 It’s amazing how grime, over the past few years, has proliferated into so many different subsections and styles. Once a simple form of rapping over a particular, dirtier type of production, grime has truly evolved into a mainstream culture.

Debuting as a professional performer in Melbourne at just 15 years of age, first generation Ghanaian/Australian Vida Sunshyne has become renowned for her explosive stage presence, and as a highly recognised local cultural identity.

Concurrent to the evolution of grime over the same period, Vida Sunshyne has grown as an artist. She’s performed alongside and backed up huge names such as Lionel Richie, Ziggy Marley, Chase & Status, Chingy, Ja Rule & JME. She’s released a slew of singles as well as the album ‘Move’ produced by Chasm (Obese Records). She’s featured on works from artists including Thundamentals, Astronomy Class and KillaQueenz, forever mixing up her own sound without letting any one style go stale.

Now she’s returned with a renewed focus and fresh collaboration ‘Second To None’ with Australian Grime pioneer Juzlo. This track could have gone in a number of directions. Vida Sunshyne’s proven already how versatile her sound is, ranging from influences in reggae & roots all the way to more electronic and ambient soundscapes. This track however, couldn’t be described as anything but pure grime. The kind that dedicates the first 30 seconds of the audio to nothing but geeing you up, sitting somewhere at the cross section of street fighting and early 90’s video games.

The energy from this track is palpable, and it’s immediately apparent how much joy both Vida Sunshyne and Juzlo would’ve taken in putting it together. Full of horns, strings and melodic hooks synonymous with the genre, Juzlo really put this one best himself, saying it’s, “all about how we are the greatest – second to none!”

Stream ‘Second To None’ by Vida Sunshyne feat. Juzlo – our feature track this week – right here: