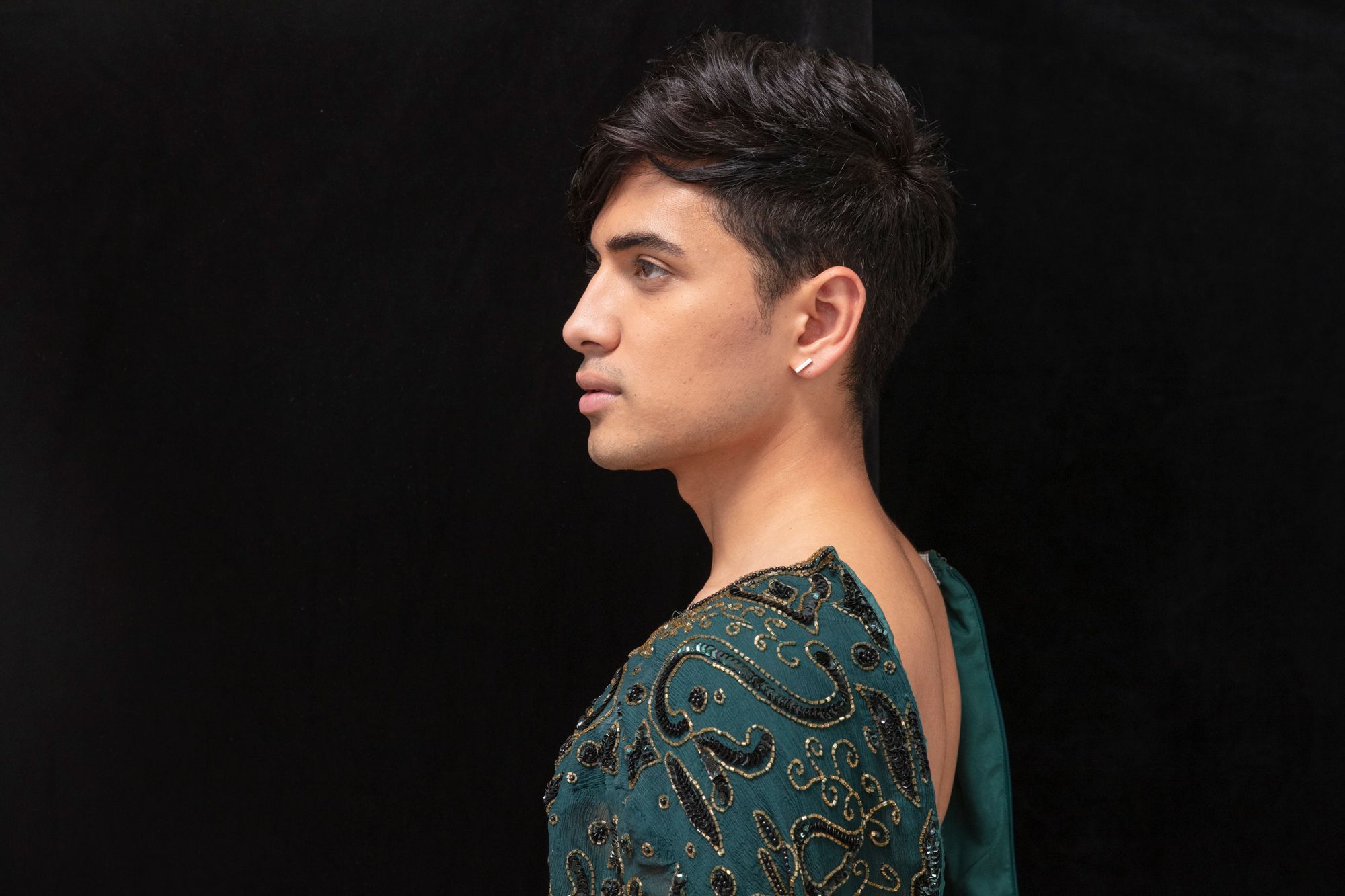 Naarm-based artist ZAN makes glittering, ethereal tracks that pay tribute to both their Pakistani heritage and their experiences in the queer Muslim diaspora.

Born in Abbottabad, Pakistan, and raised in Boorloo (Perth), their childhood influences were the soundtracks of South Asian 90’s cinema and waking up early to watch ABC’s Rage. Their debut EP, ‘GULNAZ’, landed in 2018, bringing their blend of lo-fi pop and electronica to the world. Having honed their artistry around the world in the years since, 2021 marks the start of a new era for ZAN.

ZAN’s first release of the year was ‘tu’, a tender track sung by ZAN in Urdu. They describe it as “a Sufi ballad featuring choice words on asthma management from [my] father”. While the original is a delicate, slower pop track, Boorloo-based duo Feels turned it into a hyper pop dream with their remix.

Their latest single ‘8000 words’ sits somewhere between ‘tu’ and its remix in terms of pace and energy. Starting slow, the track quickly turns into a perfect combination of pop and lo-fi electronica. Their voice floats over dreamy instrumentals, with a persistent drumbeat carrying through to the euphoric chorus. ZAN explains that the track “is a meditation on queer tenderness and an interrogation of diasporic connections to land”.

It’s the kind of song that hits in all the right places; deeply personal, but creating a space that feels inclusive and hopeful. Very few artists are doing what ZAN is at the moment, which makes their work all the more exciting.

Listen to ZAN’s full chat with Courtney on Up For It up top.