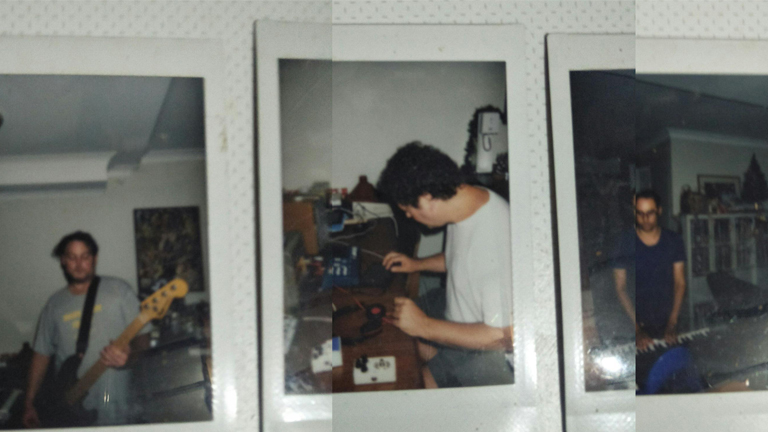 Sydney’s Vape Dadz formed on Christmas 2016, when three dads (who, despite the name, do not vape) came together to escape the tyranny of the holidays for a few hours of making music in a tiny one-bedroom apartment. What followed was two years of intense studio sessions, attempting to recreate that Christmas miracle. The result is their debut album, Give Up The Darts, an experimental journey of found sound, organ madness, and glitched noise.

With an aesthetic that’s clearly indebted to Office Space, vaporwave, and ironic internet memes, it would be easy to mistake Vape Dadz for a group only cynically interested in their musical points of reference. On their album, however, the Dadz betray a serious engagement with the disco, house, and hip-hop sounds that form the canvas for their experiments.

Whiskey Priest, the third single from Give Up The Darts, is a relaxed, moody, electro-inspired track, and a perfect example of Vape Dadz’ self-described ‘crunchy dance music for misfits’. Channelling the late-80s electronic weirdness of acts like the KLF and 808 State, Whiskey Priest is an atmospheric trip through a retro-futuristic cyberspace.

Check out the video for Whiskey Priest below: made by Brisbane video artist Michelle Brown and available in flat 2D video or as 3D VR experience.