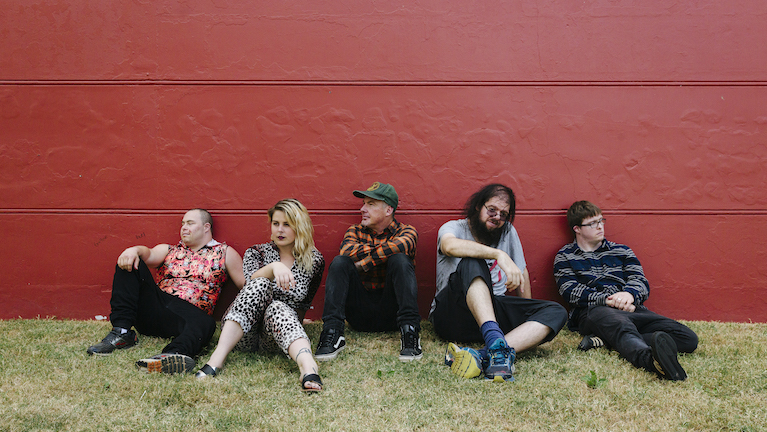 Want some pure sounds fresh out of NSW’s Northern Rivers? Tralala Blip will quench your thirst with their progressive electronic tunes.

Tralala Blip’s origins are wholly unique. Twelve years ago, a series of electronic music workshops for intellectual and physically disabled people were hosted in Lismore, New South Wales. It was such a hit that participants soon joined sound artist and musician, Randy Reimann in further experimentation, creating the band we know today.

By the time 2010 rolled around, the group was releasing post-electro pop punctuated with their finely-drawn lyrical poems. Since solidifying their lineup of five — formed by Zac Mifsud, Randy Reimann, Mathew Daymond, Lydian Dunbar and Phoebe Rose — they have continued to chart new territory in their compositions and have made their name throughout Australia and as far as Poland and Germany.

Tralala Blip are marking the end of the decade and signposting their next chapter with endless experimentation in the studio; this year they will perform at Dark Mofo festival and release their first LP in years, Eat My Codes If Your Light Falls. The refocused record considers the nature of creativity, especially music making, and pushes these processes beyond any sense of the normative or commonplace.

We should all be pushing for truly inclusive industries and environments, especially in music and the arts. Tralala Blip are making music without labels by levelling the playing field and expanding the number of voices and stories that are represented and heard. Although this isn’t their sole focus, the collective reminds us to work towards a positive future where ableism is quashed and everyone is supported in their creative pursuits. 2020, we’re ready for you!

Eat My Codes If Your Light Falls is out July 19th. Pre-Order your copy here.