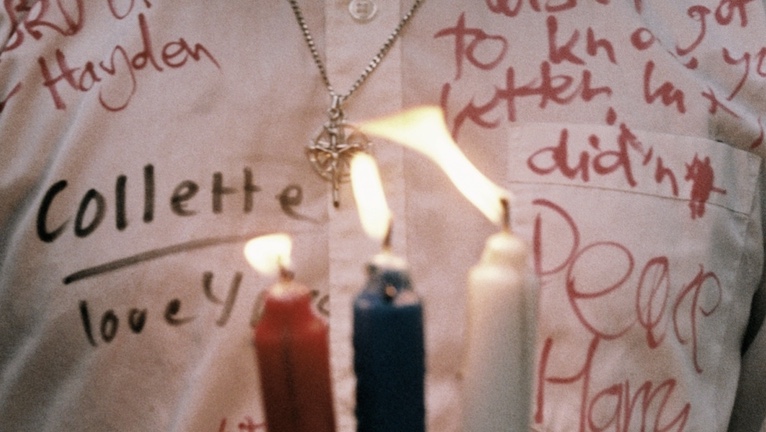 Spike Fuck: it’s a name that sticks with you whether you can or can’t remember where you’ve heard it. So does her magnetic music – although you’ll probably, definitely remember where you were that first listen.

A combo of 70s post-punk and 80s synthy new wave with some country singer/songwriter sensibilities combined to theatrical effect (the best kind) – deep breath – Melbourne’s Spike Fuck addresses drug addiction and heartbreak in her tracks while exploring the resulting isolation, torment and loneliness with powerful honesty and candour.

Around about 2015-16, Spike unleashed her four track EP Smackwave on the world. A ripple of buzz ensued as it made its way online and through venues across town that were lucky enough to have her play. Despite not actually receiving a proper physical release, Smackwave sent the now-27 year old on somewhat of a journey around the world with tastemakers keen to experience SF IRL.

So what’s she up to now? With her songs taking time to come to fruition, 2019 isn’t necessarily bearing new fruit for Spike Fuck but definitely a new chapter. She signed to Partisan Records in June, just re-released Smackwave on 12” and digitally, released the captivating clip to old favourite ‘Junkie Logic’ as well as the old-but-new track ‘Body By Crystal’.

Referencing a mental breakdown and break-up, ‘Body By Crystal’ is a heavy-hearted, howling examination of losing yourself amongst the rubble of addiction. See its vid below.

Smackwave is out now via Partisan Records