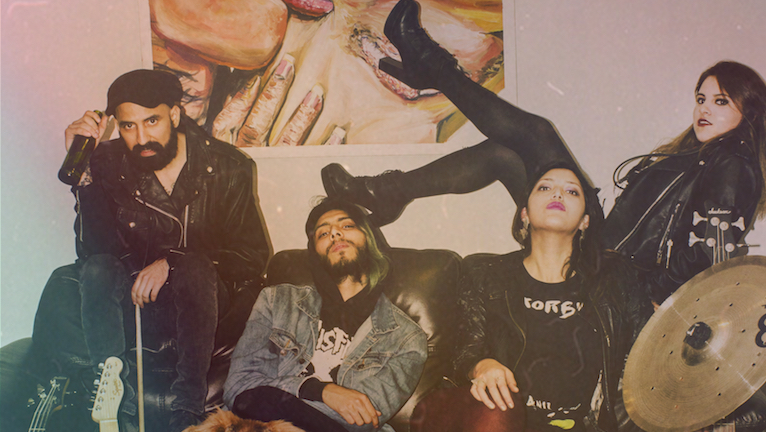 Formed in response to dire statistics for women in both punk rock and their home country generally, Perra Vida are resisting preconceptions and the patriarchy through their feminist punk, all the way from Lima, Peru.

Perra Vida aren’t here to mess around. After realising that there were practically no punk acts in their hometown which consisted of both women and men, the quartet decided it was time to change that. Not only that, but lyricist and singer Diana Matos wanted to use their music to highlight and address government corruption and the treatment of women in Peru, a country which has a history of femicide and violence towards women.

It was just April when a 22 year old woman was burned alive on a rush hour bus in Lima by her former male colleague wanting to crush her “ego”. It’s unfathomable injustices like this that fuel Perra Vida’s fury and inspire their writing.

In June they released their self-titled EP, a collection of relentless, authentic feminist punk that wastes no time in getting to the point, whether it be violence against women, corruption, drug abuse or organised religion. Tracks barely scrape the two-minute mark but leave nothing to be desired – they’re visceral, punchy and primo examples of DIY dexterity.

Punk has long been a weapon of the marginalised and if Perra Vida manages to use that weapon to expose the horrors in their home country to people oceans away, then what better way to wield it.