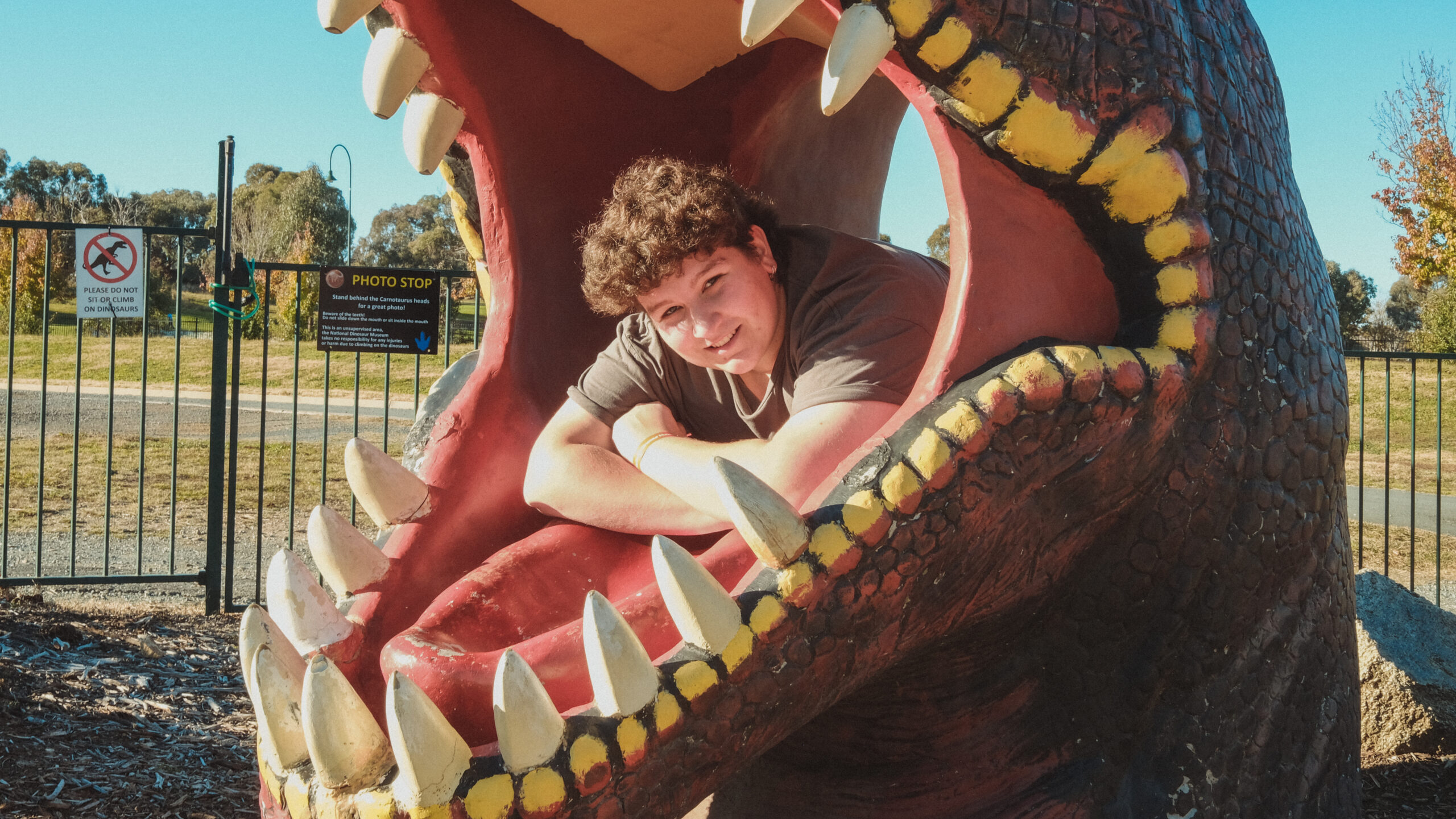 Lily Morris writes honest, jangly music driven by lyrics about growing up and everyday life in her hometown of Braidwood, NSW (Yuin country), where she is based.

The word jangly is constantly used to describe Lily’s music. On this, she told Up For It!’s Lill Scott “I think it sums it up pretty well, at least for now – I love my big, jangly guitars.”. Lily, who started writing music as recently as early 2020, has become a fixture in the Canberra music scene over the last two years.

Her first single, ‘Grand Illusions,’ was described as “awesome,” by Courtney Barnett, one of Lily’s greatest influences.

“Courtney Barnett is a big inspiration, but I listen to a wide variety of music and genres. Lots of Australian stuff.”

Lily says story-telling is a key quality in the music she listens to and is inspired by; pointing to bands like Dick Diver, Boom Gates and Floodlights.

Lily’s new single, ‘Back and Forth,’ tells the story of growing up in a small town, but having a lot of life happen in a bigger one, 80 kilometres away.

‘Back and Forth,’ is a rumination born of her constant movement. It looks at the details in the mundanity of both places – something that constant to-and-fro gives way to. The subdued yet catchy track was recorded at home by Lily with her band – Dominic Gorman, Frances Roper, Yasmine Hosseini and Haddie Davies. Cathy Diver and Ashleigh Hazel provided production assistance, and the track was mixed and mastered by Lily’s brother, Edmund Morris.

Lily certainly knows how to tell a good story – she has an EP in the works, and hopes to go on tour. Scroll up to listen to Lily Morris’ full chat with Lill Scott on Up For It! Up top, or stream Back and Forth down below.