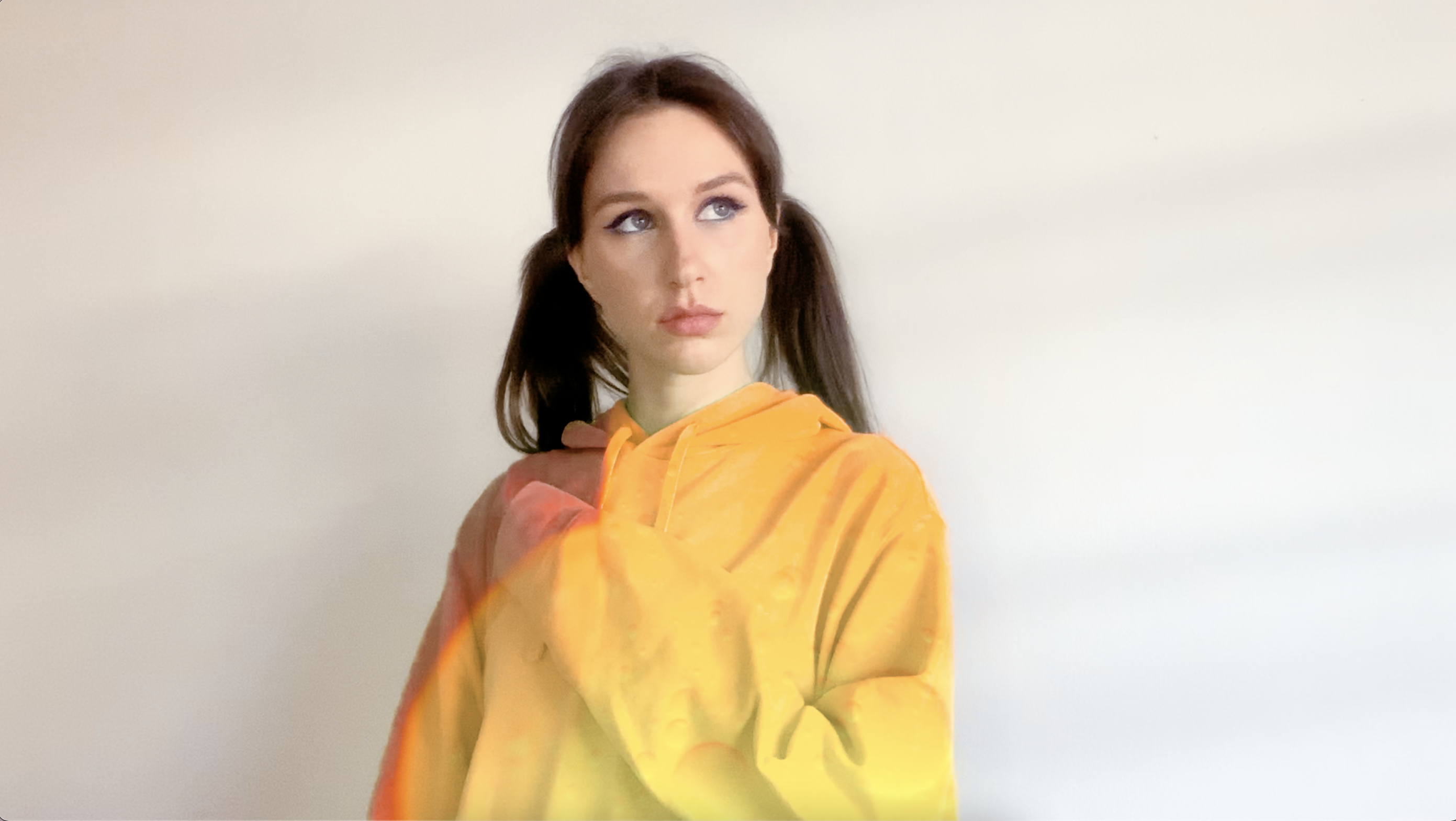 Offering an energised blend of dream pop, bedroom pop, shoegaze and indie, Eora-based artist Casey Logemann, aka Gloomie, has been a fixture of the local music scene for several years, both in bands and as a solo act. Gloomie’s music chronicles her experiences through soft, breathy lyrics and synthy, adorned guitar melodies. Her newly released debut EP, Storm Chaser, is a glistening, down-beat meditation on big emotions and heartache. She told Lill Scott all about the EP, as well as the other music she’s been making on Up For It!.

With its multi-layered melody, the EP speaks to Gloomie’s influences which include the likes of Slow Pulp, Sun Dune, Arm Lock and Big Pig. Gloomie said she conjured the idea for the song at home, before taking it into the studio.

“I had a studio session and I didn’t know which song I wanted to record and then I just got really stuck on that melody. I actually wrote the lyrics on a bus to the Central Coast, and then when I got into the studio we built it from there.”

An intuitive songwriter, Gloomie usually comes up with the ideas for her songs her bedroom.

“I usually come up with a chord progression, then mumble out a melody and then words start to form and I sit down and write around that.”

From there, Gloomie heads into the studio alongside her cousin, music producer Simon Dobson.

“We build the songs from the skeletons together in the studio. It’s a bit of a chaotic process, just kind of trying things.”

For Storm Chaser, Gloomie dreamt up the idea of using a pedal steel guitar, which the studio didn’t have: “The slide guitars and things like that are all manipulated,” she said. This clever manipulation enhances the song’s synthy, old-school dream-pop sound.

The former frontwoman of local band Goodside, Gloomie commented on the give and take of the transition from being in a band to now being a solo artist.

“I very much miss having the team mentality… now it’s a lot more work, but at the same time, I have the freedom to make snap decisions and there’s a lot of freedom creatively.”

On the release of her debut EP, Gloomie said “It feels good, I think it’s one of those things where it takes such a long time to pull the campaign together and then roll it out, so it’s a bit of a relief. It feels like I was in the creating so long ago, so I am very excited to do the next thing now.”

Big things are on the horizon for Gloomie: a collaboration with her friend Olive, of dream-pop band Egoism, to be released later this year, and Gloomie’s first real-life music video coming out soon as well, having won a competition put on by NIDA and Triple J.
There are plenty of ways to hear more from Gloomie. Listen to her full chat with Lill Scott on Up For It! up top, check out the details to her upcoming Sydney show below, or stream Storm Chaser down here:.

WHO: Gloomie
WHERE: The Union, Newtown
WHEN: Sat, 25 June