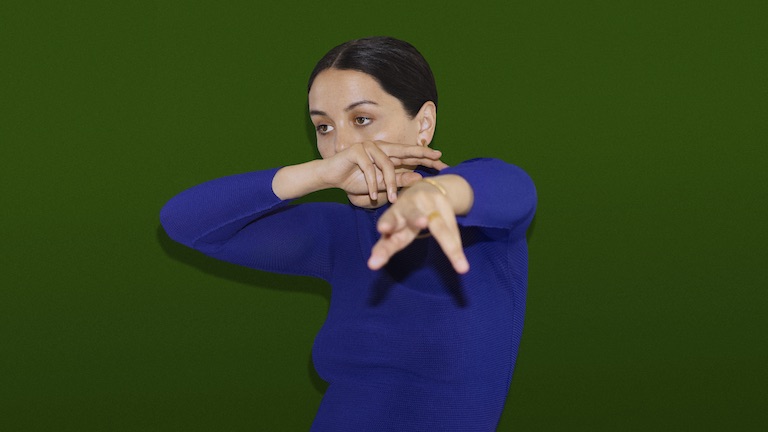 Producer & DJ Logic1000 dials up the vibes with her bassy rhythms that mash genres, samples and concepts – never short on material to keep you moving.

For Samantha Poulter, aka Logic1000, the past few years have been centred around music – making it, working in it and building her DJ skills. From a cheeky peek at her recent roster of shows, it’s pretty clear this time has been huge in growth for the Sydney export and it looks like the momentum isn’t slowing down.

After relocating to London via Melbourne, she’s freshly based in Berlin and, let’s be real, living out the dreams of many creatives. But rewind a little and in just under a year of living in London, Logic1000 signed with Higher Ground Berlin, played across Europe and the UK and shared the stage with icons Carl Craig and Four Tet. Oh and the latter, casually, dropped her track ‘DJ Logic Please Forgive Me‘ in his Coachella set after calling it “one of the big tracks of 2019.”

The nostalgic track re-works 90s R&B legend Deborah Cox’s ‘It’s Over Now’ with ultimate old school, UK funky house vibes. Like all of Logic1000’s self-titled debut EP, it’s a joyful listen, and it’s hard not to obsess over her and the optimism that pumps through her music.

Since returning to the Aus in late 2019 to play Meredith and a small run of shows, Logic1000’s released the first slice of music since her debut EP. In support of the Fire Relief Fund for First Nations Communities and the NSW Rural Fire Service, the two tracks hero stellar vintage R&B samples courtesy of Groove Theory’s ‘Tell Me’ and S.O.S. Band’s ‘The Finest’. Check them out for yourself and throw your support behind ‘em below.

Tune into Up For It with Courtney Ammenhauser every Monday from 6am to meet your Independent Artist of the Week!