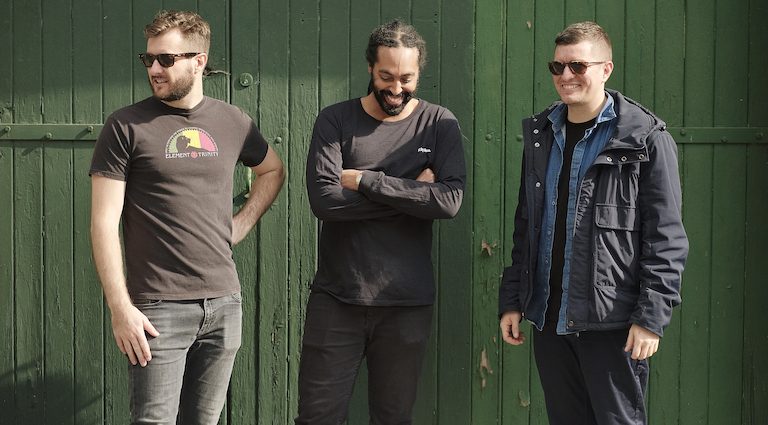 Upon first listen, you wouldn’t be remiss to assume Iron Gate Sound’s latest release, ‘Different Hours EP’, was born directly out of London’s tremendous bass and dancehall scenes. Such is the burning passion and authenticity of the collective’s two founders, Flip and Gilsun, as well as recently minted producer, Kid Fiction.

Bass culture collective Iron Gate Sound has been a mainstay of Sydney’s reggae-dancehall scene since 2012, dropping a steady stream of mixtapes and independently released music under its Iron Gate Records label ever since – including the first 100% Dubplate mix out of Australia, ‘Dubs Fi Di Road’.

Experts in collaboration, Flip and Gilsun have sought to work with some pillars of the field over the years, including Jamaica’s Sizzla, Lutan Fyah, and Addis Pablo & The Suns of Dub. For the last track of the EP, Gilsun spoke on the personal significance of the combination of artists:

“The final piece was the dub poet, Michael St George, a native Jamaican currently based here in Sydney. He was the perfect voice for the final track, ‘Truth a Truth’, which contains a sample I found in Japan when I lived there 10 years ago, and have been holding onto since. When we met Michael it was clear that it was time to use it, and we are really happy with how it came together!”

Elsewhere on the project, they even enlisted the help of none other than Garage legend, Zed Bias (feeling good, good, good?) in linking up with UK rapper, Juiceman, for their featured track, ‘Headline’. This is how the name, ‘Different Hours’, was conceived; due to their collaboration work typically requiring working over some odd times in order to facilitate the music.

We reckon all that hard work was worth it. Turn your speakers up and stream, ‘Headline’, below so you can feel just what this bass can do.