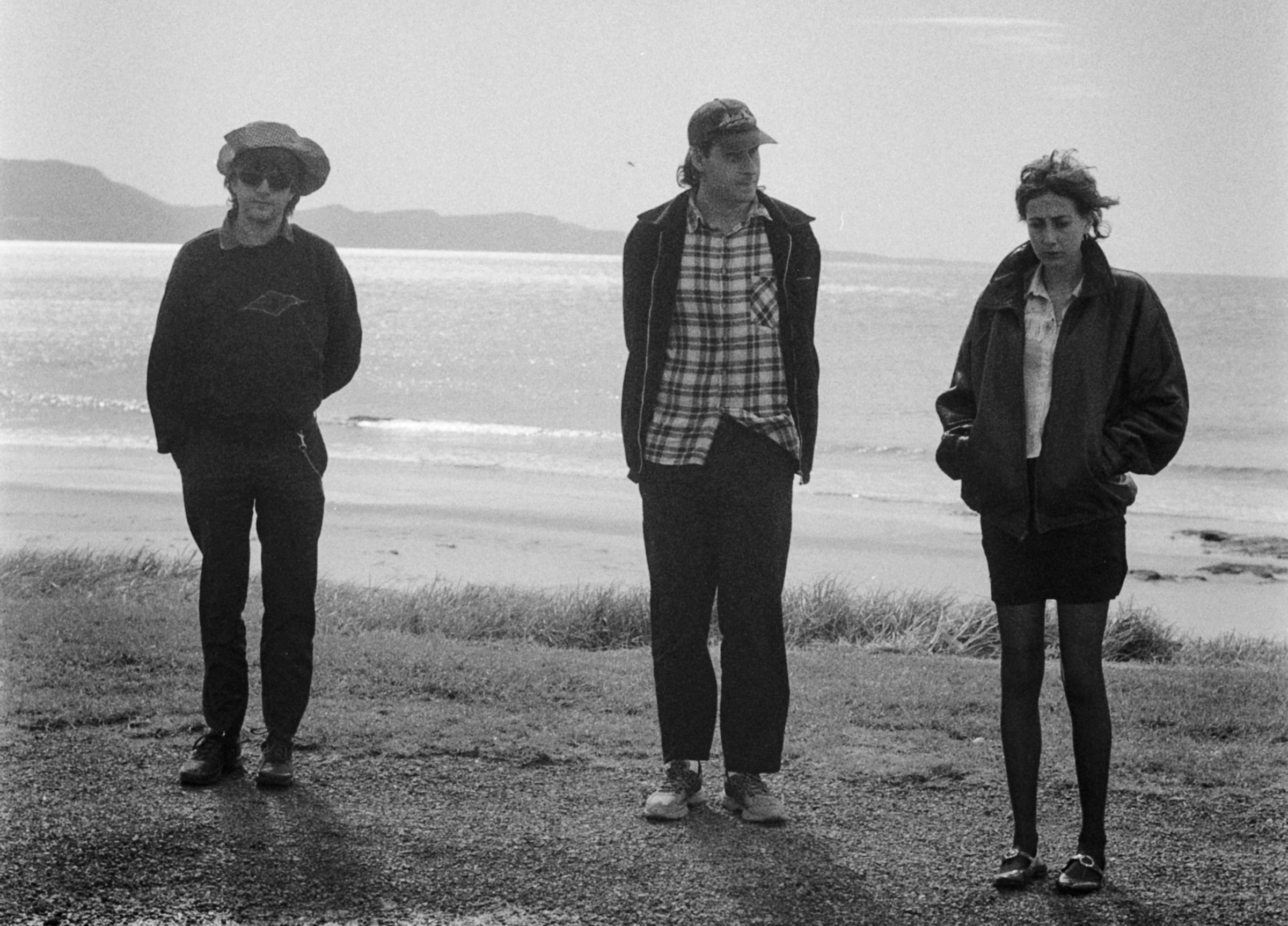 Sydney’s Eternal Dust specialise in swirling, ethereal soundscapes that are truly out of this world.

Following in the footsteps of Cocteau Twins and Siouxsie & The Banshees, the three-piece creates lush tracks with a touch of melancholy. Ebonny Munro, Oscar Sulich and Finn Parker have been playing together for a few years now, having begun their musical journey together jamming at a terrace house off Oxford St. Their chemistry is evident as Eternal Dust, with Munro’s eerie vocals pulling together Sulich’s dreamy guitar parts with Parker’s gothic bass and drums.

Eternal Dust released their eponymous EP at the very end of last year. It’s a sprawling journey that packs layer upon layer into just 21 minutes. ‘Intro’ explodes with washed-out 1980s guitar riffs. A simple drum beat holds the fort down while the instrumentation swishes around, building to a triumphant climax. ‘Salome’, after the Oscar Wilde play of the same name, encapsulates what the band is best at. It starts off as pure dream pop, with twangy guitar lines, before being transformed by Munro’s haunting vocals. By the end, it builds to a reverb-soaked cacophony, never quite reaching a resolution. The track that follows, ‘Dungeon’, is a brief respite. Its slowly circling synths are a contrast to the end of ‘Salome’, although the growing noise that comes to the fore by the end is a reminder that the reprieve is temporary.

‘Garden of Ecstacy’ is full of texture. It warrants multiple listens just to fully grasp the depth of the track, as it seems to slip by so quickly the first time. With a seven minutes run time, closer ‘Padlock’ forms one-third of the EP. It’s a slow burn, with the first half dominated by a repetitive guitar riff that eventually gives way to some persistent synth chords. Similar to ‘Salome’, ‘Padlock’ builds to reach a richly layered peak, but never gives a sense of conclusion.

Eternal Dust EP is an enthralling look into the world of the band, who make their home in haunting textured soundscapes. It establishes the trio as one to keep an eye on in Sydney’s burgeoning post-punk and dream pop scenes. There’s always a sense of unease and open-endedness with Eternal Dust, but not everything is meant to have a happy ending.