Independent Artist of the Week: Arafura 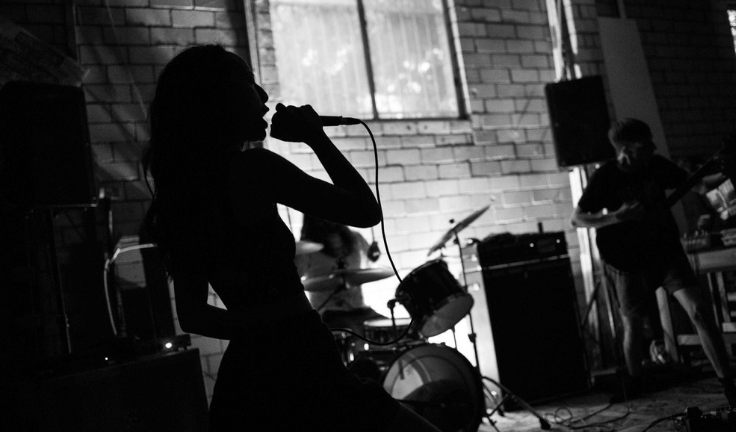 This piece could easily begin with a checklist of tried and true hardcore/grindcore tropes, of which Arafura tick all and then some. That in and of itself is worthy of our attention. However the trio don’t stop there, evolving a traditionally rigid sound palette into something far more explorative.

The opening song of the release, ‘Tinggi’, begins with a traditional music sample in reverence of vocalist A’isyiyah’s Batak and Jawa lineages. The track then, could be interpreted in a number of ways. Through a little bit of research, you’ll find that ‘Tinggi’, in Batak languages of Indonesia and Northern Sumatra, roughly translates to, ‘high’, ‘elevated’, ‘superior’ or, ‘great’.

It’s not difficult then to begin to hear from this release the parallels with music more associated with spirituality. The tracks have an almost ritualistic feel to them. A ritual which quickly transforms into a frenetic, brutal cacophony of power and ancestral pride.

It’s affecting music, equally so in the ceremonial and final track, ‘Alchemy’, which imagines a world without prisons. With the full release clocking in at a brisk six minutes, it’s impossible not to be drawn back into replaying these again and again. Once really does not come close to scratching the itch with Arafura.

Thankfully though, you can get started straight away by streaming this week’s feature track, ‘Tinggi’, right here. All money from digital sales go towards the Justice4Tane fund to support the family of Tane Chatfield, who died in police custody in 2017. The week-long coronial inquest into his death began on July 13 and his family continue to wait for answers and accountability.