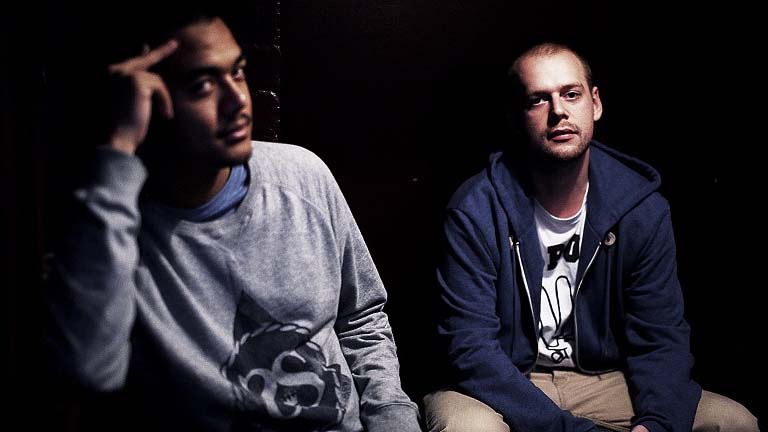 To celebrate the album’s release, Adit and Solo paid a visit to What’s Good On Sunset to talk through their inspirations with Coda Conduct. Special guest Omar Musa was in tow for a live version of ‘Ceiling Fan’, which you can watch below.

Be it musical or political, change is a key theme on the album – reflected first and foremost in its title.

“The Bardo State, the title of our new record, is inspired by an idea from Tibetan Buddhism. The Bardo is an intermediate state that you go through. It’s a kind of metaphor for being in a state of being in between things.”

“Nothing is really permanent; things are always changing. You have to work out how you’re going to be okay with that change when that change does inevitably happen.”

While they insist it’s their most fun record yet, there is an undeniable darkness heard on Bardo State. Weighing in on their ‘Ceiling Fan’ collaboration, Omar Musa explained how the track came about – over some guacamole at his house in Redfern.

“We thought that we had to talk about the days and times that we live in. We knew it would be something heavy and dark, and we talked a lot about what was going on politically around the world and in Australia. The demonisation of the other, perceptions of ‘us and them’, how Muslims are being depicted in the media… and we decided we had to talk about it.”

“A lot of hours of thinking went into it. I was syphoning a certain type of energy, that wasn’t my normal type of poetic or rap energy – it was a generational one.”

Watch their live performance below, and hear the full interview above.

Bardo State by Horrorshow is out now through Elefant Traks.

WHAT: Horrorshow ‘Bardo State’ tour
WHEN: Saturday 17 June
WHERE: Enmore Theatre
HOW MUCH: $49.90 + BF via Ticketek