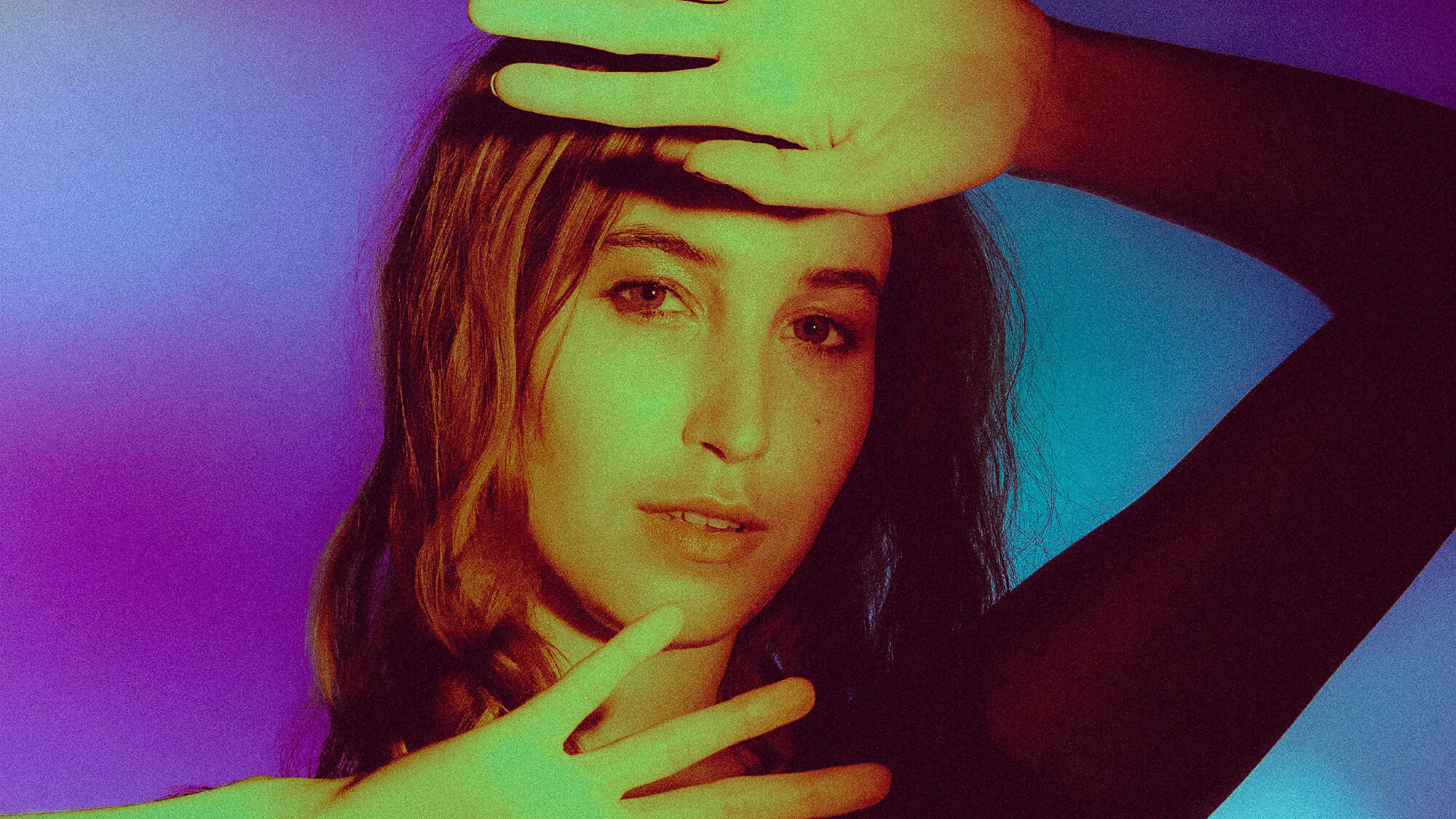 A desire to write more honest yet “explosive” songs was at the forefront of Hatchie’s creative process in bringing her latest offering, Giving the World Away,to life. She chatted to Maia Bilyk on Mornings to talk about lyrical honesty, the Manchester sound and Charli XCX.

Compared to Hatchie’s earlier work, the darkness and expansiveness of Giving the World Away is striking upon first listen. Lyrically, the record feels more heartfelt – like the listener is being invited into Hatchie’s inner world. Hatchie explained that this attitude was a concerted choice in her creative process:

“I felt with the first record I was doing a disservice to myself by not being that honest and singing about really particular topics and not making it super autobiographical. With this record I thought I owed it to myself to make it more autobiographical because this is what I’m leaving in the world – so why would I not want it to be a record of how I feel at the time?”

Giving the World Away is not just a lyrical leap forward, but a sonic one. The record is a meld of dream pop and shoegaze, as Hatchie is known for, but it is augmented with hints of 90s club music á la Saint Etienne. Hatchie’s rise to fame has allowed her to harness an array of impressive collaborators, including producer Jorge Albrecht (Sky Ferreira, Japanese Breakfast) and percussionist James Barone (Beach House).

But perhaps part of this expansion of sound can be attributed to an influence closer to home. Hatchie spoke about her close working partnership with her fiancé, Joe Aguis (aka RINSE) who worked with Hatchie on the new record during lockdown.

“The project would not be possible without Joe… he’s honestly half of Hatchie, it’s pretty much become a duo now! Having someone that you’re so completely comfortable with changes everything.”

Finally, Hatchie offered her contribution to Maia Bilyk’s segment ‘Fangirl’ and gave a shout out to Charli XCX, one of her favourite femme-identifying artists right now.

“Shoutout Charli for continuing to serve us banger after banger.”

Speaking of fans, Hatchie’s got a whole lotta airtime here at FBi this week – Giving the World Away is our album of the week. Listen to her full interview with Maia up top, stream the album below, hear it on our airwaves all week long, or find the details to her upcoming show here: