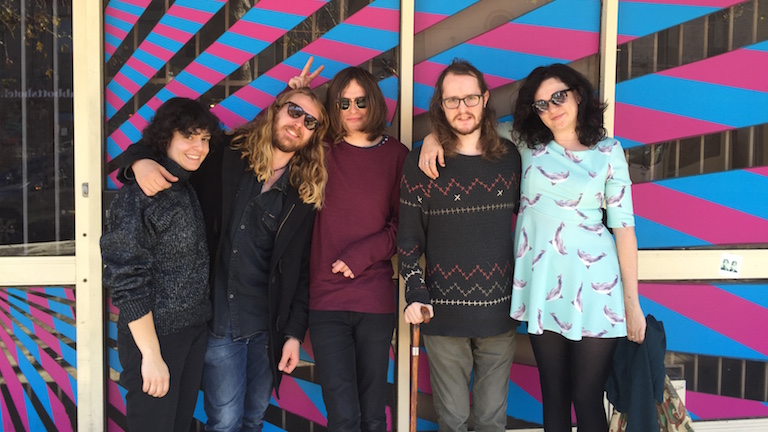 “We’re pretty much a travelling comedy group who play music very seriously for 40 minutes of an evening.”

After launching their single ‘Mellow’ at Newtown Social Club, all four members of Melbourne psychedelic/shoegaze outfit Flyying Colours joined Nicholas Watts for a chat about their new album Mindfullness and the international power of music.

On the record’s title:

“It’s kind of representative of where we were at going into the record, trying to take each song and be natural with it. Having it spelled with the two “l’s” it was also a lot about us coming to a point where our minds were full – and we had to just do what we were doing organically and not really thinking what we could do with the songs too much.”

On the fan base they have acquired overseas:

“It just backs up that concept that music is the international language of the world. It doesn’t matter if they don’t understand what our lyrics are specifically saying, but if they can get behind the sound, it’s incredible. It’s really cool.”

On being labelled the ‘s’ word:

“That’s not all that we are. ‘Shoegaze’ is a very wide umbrella, a lot of things can come under it. I could play two shoegaze songs back to back and it would be tough to convince someone that they were the same very specific genre. I’m cool with it.”

Listen to the full interview above – including ‘Reason’ by local band Egoism.