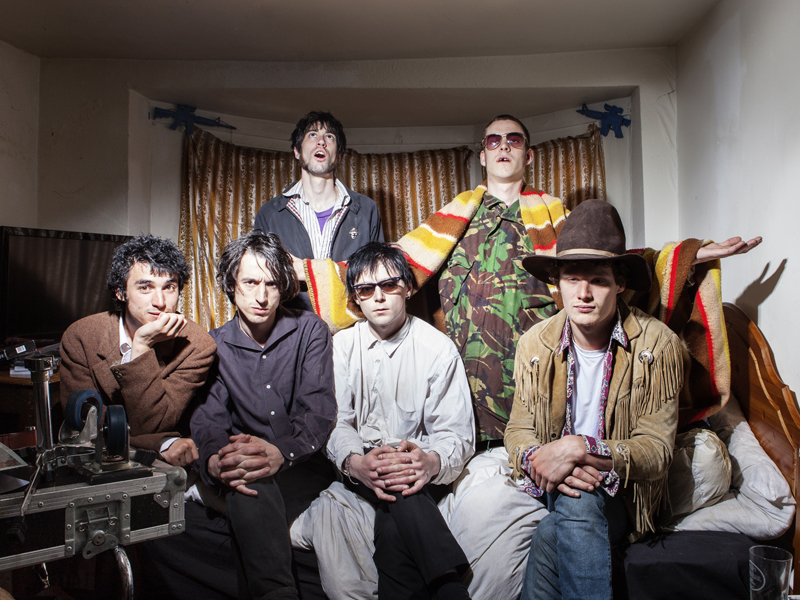 “Anybody with any generosity as a songwriter will put more of themselves on a plate than they are willing to get back. And that’s a great risk.”

Fat White Family’s Lias Saoudi stopped by for a chat with Dom O’Connor while the band was down under to play Splendour In The Grass.

Their latest album, Songs For Our Mothers, was released in January this year. Following on from their 2013 debut, Champagne Holocaust, Lias spoke about the reception the new record received.

“I was happy with some of it. I think there were some fair criticisms made. It’s difficult to say really, once you put it out into the public domain, it no longer has anything to do with you. So the less time you spent sitting up at night reading reviews, the better.”

Explaining the deeper meanings behind a number of songs that feature on the record, Lias revealed the inspiration behind the single ‘Tinfoil Deathstar’. The track draws inspiration from his previous heroin addiction, which ultimately led to his stint in rehab last December.

“I didn’t want to write a doom and gloom heroin song, like ‘oh how terrible it is, sitting in a room on my own scratching my skin off’. You know? I wanted to get into the festivity of drug abuse, and set that up as a contradiction with the politics that most people who indulge in that behaviour associate themselves with.”

“I’d say it was the other way around. I’d probably be playing a character when I’m not on stage. I feel like I get closer to who I actually feel like I am, whereas the rest of the time I’m a bit of an imposter. Maybe a bit of a kiss-arse; I’d quite like for people to like me. Whereas when I’m on stage, that seems to get shed. And I find that liberating.”