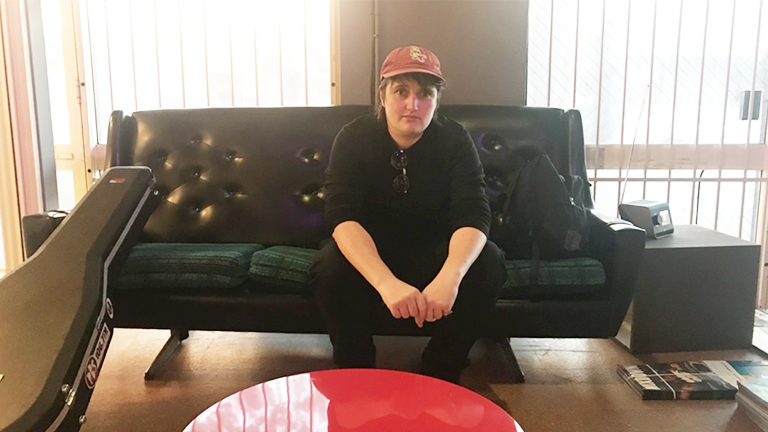 The forthcoming album by Cash Savage was born out of an incendiary indignation at the appalling plebiscite foisted upon Australia by a coalition of groups opposed to equality.

Cash’s prior record had emerged from a time of loss (two close mates lost to suicide) and love (her two weddings – one legal, in Vegas, one merely ceremonial, here). In between, Cash’s wife Amy became pregnant, and despite consciously attempting to cease writing and sit with that the songs poured forth.

Title track Good Citizens seeks to depict Cash’s nature and situation at the time of writing, so that one day her baby Romeo might grasp both the strength and the struggle. We were honoured to hear this song rendered live for the first time. After that, on a similar theme, came another solo acoustic version of new fare – recent single Better Than That.

Beyond these performances it was the stark, defiant and sometimes heartbreaking conversation that made this interaction so spellbinding. It’s fair to say that Cash and Jack don’t hold much back.

WHO: Cash Savage and The Last Drinks + Blake Scott (The Peep Tempel)
WHERE: Lansdowne Hotel
WHEN: Saturday 23 June, 8pm
HOW MUCH: $23.50 from Oztix